The widening scope of a global forex investigation has now extended to New Zealand, as the country’s Commerce Commission has announced the launch of a probe into the manipulation of currency rates.

The regulatory announcement comes a little over a week after the Australian Securities and Investment Commission (ASIC) began its own such investigation into what has thus far amounted into currency fixing allegations. The extension of these probes into antipodean markets represents a truly global phenomenon, specifically after a litany of violations across Europe and the United States – New Zealand’s Commerce Commission represents the country’s paramount oversight committee and the newest regulatory body to open up an investigation into the $5.3 trillion-a day market.

According to a recent statement by the Commission, “The Commerce Commission has confirmed that it has an investigation into possible manipulation of currency rates and possible influencing of benchmarks in foreign exchange markets. The investigation was commenced as a result of a leniency application under the Commission’s cartel leniency policy.”

Of the banks already under the investigation by global regulators, Citi, Deutsche Bank, and UBS each operate within New Zealand. Meanwhile, the country’s four Australian-owned banks New Zealand Bank, Auckland Savings Bank, Bank of New Zealand and Westpac, have thus far not been been contacted by the commission.

The Latest Country to Be Put Under the Microscope

New Zealand itself has a developed forex market, albeit dominated by a number of unmargined brokers that has since warranted mounting regulation. Along with Australia, the region constitutes a bourgeoning locale for forex investors, however there have been no such formal charges announced thus far in either country. Presently, a panel of global regulators is working to ascertain the latitude and scope of a series of trading violations that have stemmed from currency rate fixings and collusion via chartrooms at leading financial institutions. 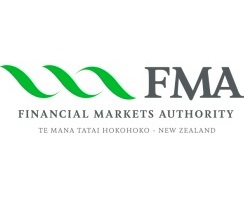 As recently as last week, UBS AG suspended at least six forex traders, though it is hardly the first bank to have done so in recent months. According to a spokesman for New Zealand’s Financial Markets Authority (FMA) in a recent email, “The Financial Markets Authority is aware of the international inquiries, and will continue to monitor developments here and abroad, and to liaise with agencies in New Zealand, Australia and further afield.” The FMA is slated to launch its Financial Reporting Act beginning April 1, which will ultimately help to foster greater transparency measures in the country.

The question is, will brokers TELL THEIR CLIENTS which model they are using and under what circumstances?