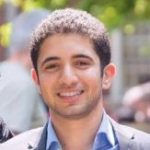 HSBC Global Banking and Markets made a new senior level appointment to its Middle East and North African team (MENA), promoting Ricky Green as its newest Regional Head of Markets Regulatory Compliance. Mr. Green had been at HSBC in Dubai for over five years, having originally joined the lender back in 2010. During his tenure with HSBC, he has been based out of the Emirates, originally starting as its Senior Compliance Manager.

Millennium Management, a New York-based global investment firm, has added Ghazi Atallah, who joins the group as its newest trader on Monday. In his new position at Millenium, Mr. Atallah will be based out of the group’s Singapore office, which will see him transition to the buy-side. Millennium manages assets throughout Europe, the US, and Asia, boasting offices across all three continents.

Deutsche Bank’s Chief Executive Officer (CEO) of its Asia-Pacific (APAC) unit, Gunit Chadha, announced his intent to relinquish his role in July last week. Mr. Chadha originally joined Deutsche Bank back in 2003, focusing on a CEO role in India. In 2012 he stepped into the co-head role for APAC, which paved the way for a more lead role in the region. Deutsche Bank’s APAC business had experienced a decline in Q1 2016, much like the rest of its operations in the same period.

ForexTime (FXTM), an online FX brokerage, elevated George Kyriakoudes to the role of Chief Financial Officer (CFO) last Tuesday. Having initially joined the company in March 2013, Mr. Kyriakoudes had a series of promotions, from his first position with FXTM as Senior Internal Auditor to Head of Internal Audit and Reporting, and then as Head of Risk Management and Reporting, before his latest promotion as CFO – which began June 2016.

Amundi SA, a French asset manager that is majority-owned by international lender Credit Agricole, secured the services of former Standard Chartered executive Nesreen Srouji last week, who joined the group as its newest Chief Executive Officer (CEO) – Middle East. In her new role as the CEO of Amundi, Ms. Srouji will be based out of the group’s Dubai office, focusing not only on Dubai but the broader Middle Eastern region. 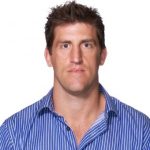 Last Thursday, Marex Spectron announced the appointment of Matthew France as its Head of Institutional Sales for the company’s Asian Metals business. Departing from Morgan Stanley where he was an executive director overseeing the company’s Asian Metals business through March of 2016, Mr. France will be based in Marex Spectron’s Singapore office to take on the new role within a business segment that he has experience in from his prior position. 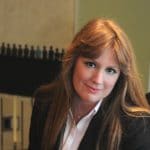 Last week, the Ontario Securities Commission (OSC) embarked on a new program, helping facilitate and assist with investigations. On July 14, the OSC will formally be launching the Office of the Whistleblower, headed by Kelly Gorman as its chief. Ms. Gorman originally joined the OSC in 2002, having held multiple senior roles, including most recently as its Deputy Director of the Enforcement Branch. In this capacity, she helped oversee the development of the OSC’s whistleblower program, as well as the OSC’s no-contest settlement program and oversaw investigation and litigation teams specializing in securities-related misconduct.

Citigroup Inc.’s Head of its Europe, Middle East, and Africa (EMEA) team, David Cohen announced his decision to part ways with the lender, snapping a six-year stint with the lender. In tandem with the announcement, Amit Raja was appointed as the newest head of the high-yield trading desk.