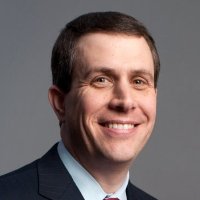 BATS Global Markets’ William O’Brien has relinquished his role as acting President, with CEO Joe Ratterman reassuming the vacated role in a series of moves that are effective immediately.

BATS Global Markets is an operator of US and European securities markets, having recently merged with Direct Edge Holdings LLC – since the merger earlier this year, the company has now cultured a focus on traders and investors. According to the Securities and Exchange Commission (SEC), the two exchange operators each had a respective market share greater than 10% of daily trading volumes in the US Stock Markets as of December 2013.

Mr. O’Brien was formerly the CEO of Direct Edge since 2007 up until the merger this past February where he collectively oversaw strategic and operational affairs of the company. Prior to Direct Edge, Mr. O’Brien was Senior Vice President of the NASDAQ OMX from 2004-2007.

Back At The Helm

Conversely, Mr. Ratterman has been with BATS since 2005 as one of its founding fathers. In 2007 he ascended to the role of CEO and President up until January 2014, when he was succeeded by Mr. O’Brien. With the announced departure of O’Brien however, Mr. Ratterman is once again returning to his former role of President.

Share this article
Tags: nasdaq / sec
Got a news tip? Let Us Know