GAIN Capital Holdings, Inc. (NYSE: GCAP) has reported its volumes for the month ending November 2015, having again seen a notable decline in its retail business, according to a GAIN statement.

For the month ending November 2015 however, GAIN Capital’s retail OTC trading volume was reported at $229.5 billion, incurring a MoM fall of -13.2% MoM from $264.4 million in October 2015. Across a yearly timeframe however, November 2015 showed a different picture, even mounting a healthy 3.8% YoY growth from November 2014.

Ahead of the US open Thursday, GAIN Capital’s (NYSE:GCAP) share prices were steady at $7.69 during premarket trading. The stock has undergone a sizable depreciation from a 52-week high of $10.38 this past June, having since made several attempts at the $7.00 handle with a 52-week low of $6.91. 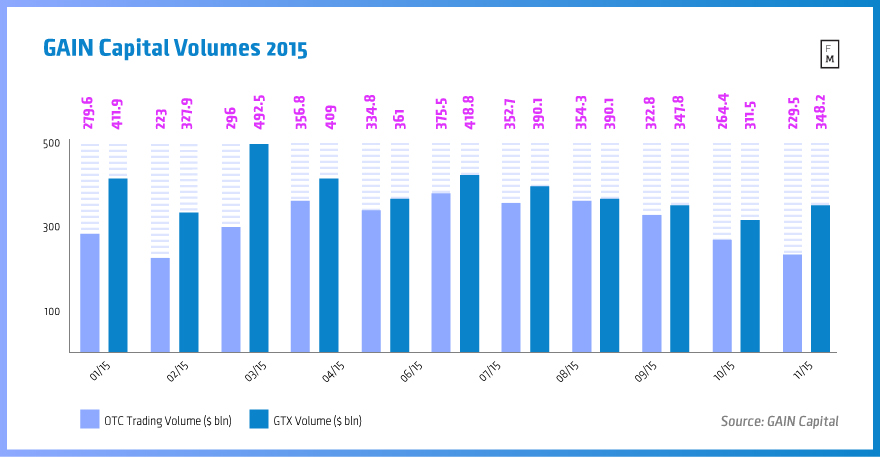