GAIN Capital Holdings, Inc. (NYSE: GCAP) has just released its operating metrics for the month of October 2015. The figures show that the American brokerage has suffered another disappointing month even compared with September’s already low performance.

“In October, customers were migrated off a legacy GFT trading platform as part of the Company’s planned City Index integration activities. This resulted in decreased trading activity in the month as customers transitioned onto new trading technology. In addition, a number of underperforming partners were terminated in advance of the platform migration, which also contributed to the decline in trading volume during the month,” explains Glenn Stevens, Chief Executive Officer. 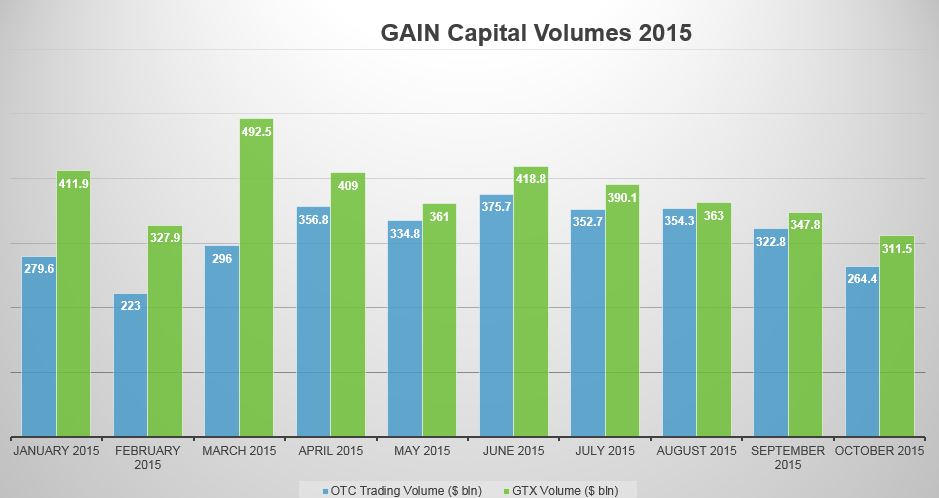 Last week, GAIN Capital reported its financial results for Q3 2015, which in contrast with October’s trading volumes showed a general rebound across the board, snapping a lackluster Q2 earnings release.