As a string of probes into the manipulation of benchmark rates causes widespread upheaval around the global financial industry, some banks have turned to mitigating daily forex fixings, prompting Deutsche Bank to release a statement indicating this was not a sustainable solution.

Benchmark forex rates, or daily fixings, are a tried and tested mechanism used in financial markets and by most of the globe’s leading banks. The pointed response to these offerings come just one day after the Royal Bank of Scotland (RBS) opted to drop daily forex fixings in several locales. According to Paul Achleitner, Chairman at Deutsche Bank, “The way daily currency benchmarks are set in the $5-trillion-a-day market needs to be looked at but limiting trade at daily fixings is not the answer.”

Indeed, the forex trading and fixings constitute a highly lucrative industry, one which at the moment is under seemingly relentless regulatory pressure after numerous scandals have resulted in record fines and firings by some of the world’s leading banks. Perhaps more worrisome, nearly all of these institutions have been mum on how to handle or address the bourgeoning issue of benchmark manipulation moving forward.

The rigid stance by Deutsche Bank on the cessation of forex fixings is notable given the firm’s size – it presently boasts the title as the world’s largest currency dealer. “It’s not a question of the submission or the contribution of the bank to such a fixing but they are being evaluated on the basis of trade flows. You have to have well-controlled processes and make sure they exist in these windows,” Achleitner added in a recent conference.

Is Benchmark Manipulation a Moral Hazard? 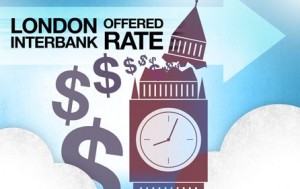 However, the laundry list of regulatory organizations conducting upwards of three investigations worldwide want to be reassured that the violations such as Libor rigging and the Swiss Franc Libor scandal will not be repeated. In the aftermath of these affairs, several banks are treading lightly, likely for fear of sweeping regulation that threatens to roil the industry.

The statement from Deutsche Bank comes after a recent round of trader firings at the company, corresponding to the involvement of German financial watchdog organization Bafin. Ultimately, dropping select forex fixing services may or may not be the answer, though some sort of action is clearly necessitated in the wake of such widespread manipulation.