The Moscow Exchange (MOEX) has reported its trading volumes for the month ending April 2016, which saw its foreign exchange (FX) market turnover fall to a 2016 low, erasing three months of growth this year, according to a MOEX statement.

The latest figures were much more upbeat when measured against April 2015 equivalent however, as MOEX’s April 2016 FX market turnover managed to see a 6.2% YoY growth from RUB 25.7 trillion in April 2015. 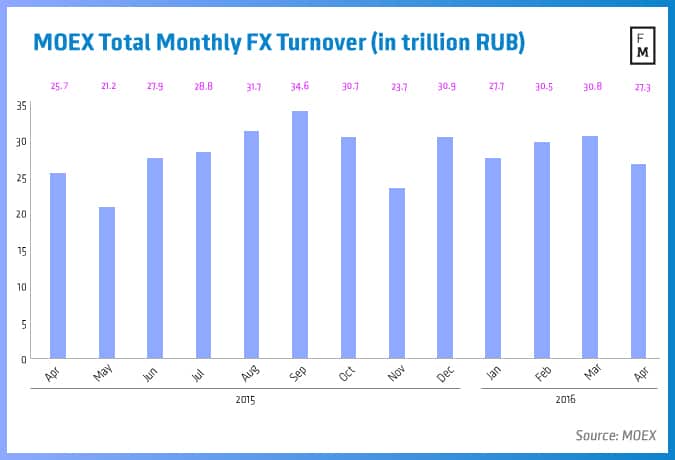