As per usual CFTC’s reporting requirements:

US retail forex capital held by FCMs, RFEDs and FCMRFDs – per CFTC’s definitions – grew by most $3 million in November. These deposits describe the amount of retail forex funds held by American brokers – this may include funds not only from American clients.

In October 2011 retail forex capital grew by $30 million while in September 2011 it dropped by $20 million. In November it grew by $3 million. This may be to the lower volatility and the seasonal year’s end slowdown. Almost all brokers increased the forex capital they hold however GFT stood out by losing almost $7 million of its clients capital. The changes in the held capital are hard to explain and may be attributed to slow down in acquisition of new clients, client losses, transfers of accounts from US subsidiaries to foreign ones and more.

Q4 2011 US forex brokers profitability report will show a steep decrease in number of retail forex accounts held with American brokers, but will show much improved profitability numbers for the traders. 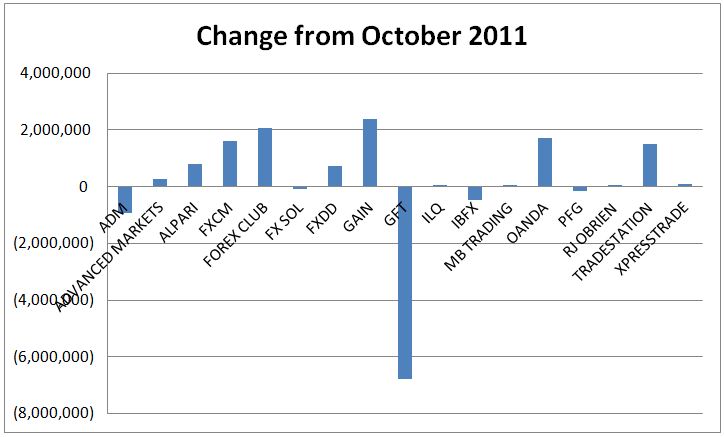 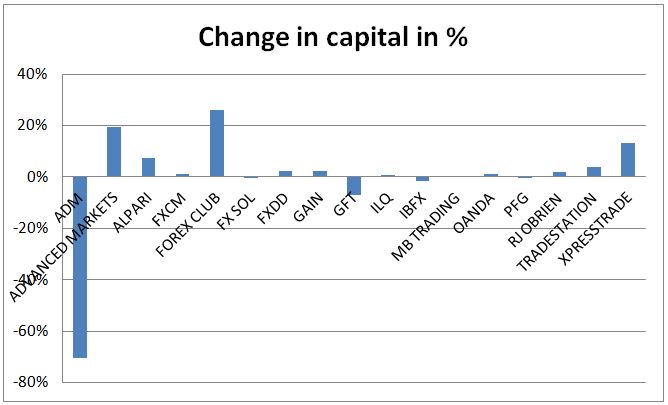