Gain Capital started reporting monthly metrics for the first time in April 2013 showing better results in most parameters. Retail volume was slightly higher in April 2013 than the month before with client assets nearing half a billion dollars and institutional volume at all times high. This continues the trend of peak results since 2013 started with the first four months of the year better than whole of 2012 for some brokers.

“We are pleased to report that our positive momentum continued in April, with sequential and year-on-year volume growth across all our business lines, as improving market conditions helped boost client engagement,” said Glenn Stevens, CEO of GAIN Capital. “These factors, combined with our pending acquisition of GFT, which is on track to close in the third quarter, put us in a strong position to capitalize on more favorable market conditions.”

Below is the chart showing Gain Capital’s retail and institutional monthly volume in $ billions since January 2012: 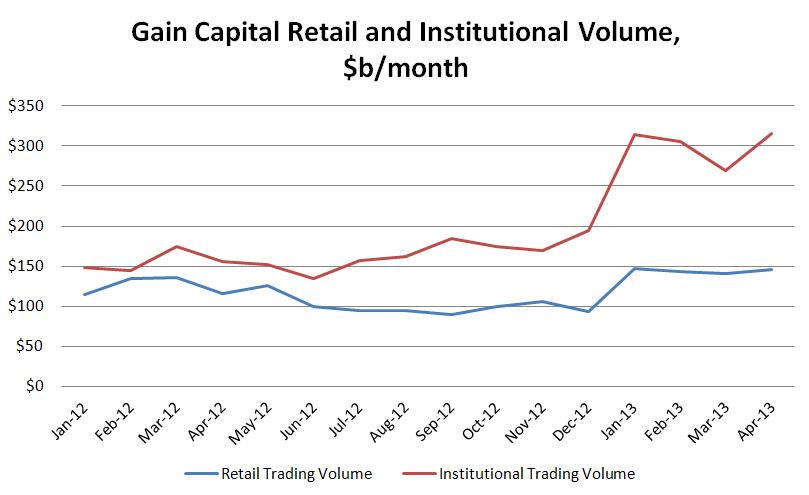