Unlike FXCM who yesterday reported double digit volumes growth month-on-month and year-on-year Hotspot FX posted only a moderate month on month growth for August but more than impressive year on year growth.

Hotspot FX had a busy start in August 2011; however, volumes eased toward the end of the month resulting in a modest increase vs. July. August 2011 volumes were more than double the levels achieved in 2010, with average daily volume (ADV) of $63.0 billion and a total of $1,449.8 billion transacted on the platform. August 4th 2011 was Hotspot’s #4 busiest day on record and 5 of Hotspot’s top 20 days were achieved in August, the highest level thus far in a monthly period. Additionally, a new processing record was set with over 260 million orders sent on a single day. 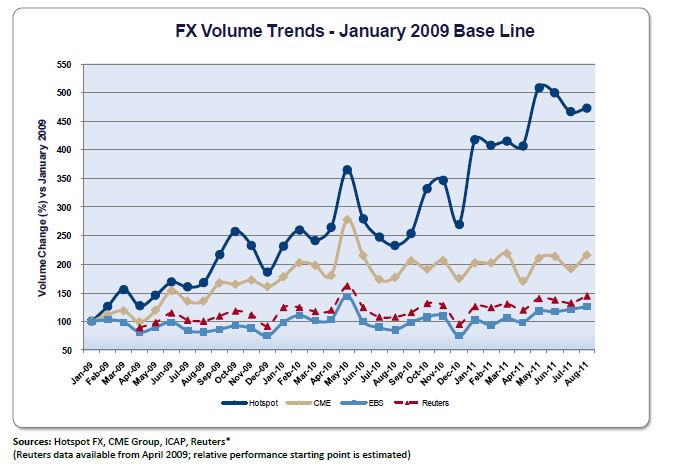