I’m constantly trying to warn naive (and sometimes the most sophisticated) investors that people promising unthinkable returns but refusing to disclose all the financial details are rip off artists.  If you do not have a clear cut description/prospectus/term sheet of what products are being invested in, where the assets are being held and who is monitoring the performance (like KPMG, E&Y, etc.) – chances are good that you have been approached by a scammer looking to part you from your hard earned money.

Transparency is key in the investment arena.

We already had a Texan Professor as well as a Florida money manager charged with running a Ponzi scheme but this time the scam was more targeted: it was used to rip off Korean-Americans. 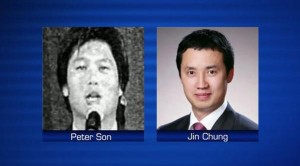 The CFTC’s complaint, filed today, charges defendants with misappropriating customer funds to pay off other customers and to pay personal and business expenses. The defendants are also charged with fraudulent solicitation and the issuance of false statements to customers to conceal their misappropriation and lack of trading. As alleged, defendants abruptly closed operations, and Son and Chung disappeared.

Stephen J. Obie, Acting Director of the CFTC’s Division of Enforcement, commented: “This is yet another example of the insidious nature of fraudulent investment schemes that target affinity groups. Based on personal relationships, people were lured into parting with their hard-earned money, only to learn, too late, that they were the victims of a massive forex fraud. The CFTC has been vigilant in taking quick action to stop such schemes as soon as they are discovered and bring these fraudsters to justice.”

Allegedly, since at least 2000, defendants fraudulently solicited members of the Korean community of the San Francisco Bay area, where defendants Son and Chung lived. Defendants falsely claimed to be successful forex traders, touting a purported track record of 50 percent annual returns and guaranteeing monthly returns of 2 percent to 3 percent. Solicitation materials boasted that SNC was a leading forex firm in the industry.

Each month, defendants allegedly provided account statements showing the promised steady returns, and they continued to solicit new funds. Over the last year of operation, defendants took in approximately $22 million in new funds with millions coming in shortly before they shut down.

Defendants, however, appeared to have engaged in little trading on behalf of customers. What little trading they actually did was unprofitable. Instead, defendants misappropriated funds to pay returns and principal to customers, to pay for personal expenses, including mortgage payments on Son’s luxury home, to funnel money to the relief defendant, and to meet the capitalization requirements of SNC Investments.

The CFTC complaint names Ann Lee as a relief defendant because she received monthly funds as purported wages, although she performed no services for SNC. Ann Lee is the wife of Son.

In addition to the emergency relief seeking to freeze assets, repatriate funds, preserve records and enjoin the fraudulent activity, the CFTC seeks restitution, disgorgement, civil monetary penalties, and permanent injunctions against further violations of the federal commodities laws and against further trading.

Yesterday, Son appeared in federal court in Oakland, California on federal criminal charges. In a separate action today, the U.S. Securities and Exchange Commission also filed charges against the defendants.

The CFTC’s Division of Enforcement thanks the U.S. Securities and Exchange Commission, the Federal Bureau of Investigation, the U.S. Attorney’s Office for the Northern District of California, the National Futures Association, the Danish Financial Supervisory Authority (Finanstilsynet), and the Swedish Financial Supervisory Authority (Finansinspektionen) for their assistance.