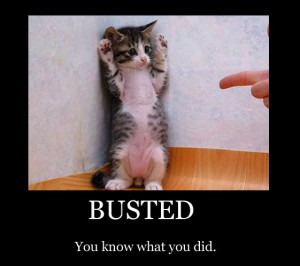 The CFTC’s complaint, filed under seal on June 30, 2009, alleges that Strongbow, a registered commodity pool operator, and Dailey solicited at least $17 million from approximately 22 members of the general public for the purported purpose of investing in Strongbow and Strongbow Investments Fund II (the Pool), a commodity pool operated by Strongbow. The complaint further alleges that instead of using all investor money to trade commodity futures and options, Strongbow and Dailey commingled investor funds with funds in bank and trading accounts held in the names of Strongbow, Dailey, and third parties. The complaint also alleges that approximately $2.1 million in commingled funds are currently unaccounted for.

The CFTC alleges that Dailey frequently borrowed investor money for his own benefit. He also borrowed as much as $1 million to pay off his personal home equity line of credit. Just before the end of the calendar year, Dailey would repay the loans by borrowing on his personal equity home line of credit, so that the “loans” would not appear on any end-of-year financial statement. Dailey would again borrow money from the Pool to pay off his personal line of credit. To conceal and perpetuate this fraud, defendants allegedly failed to disclose to investors these purported “loans” in account statements, disclosure documents, or in solicitation materials.

Finally, the complaint alleges that during a surprise audit by the National Futures Association, defendants had only limited documentation to support their operations and were unable to produce other statutorily required records. For example, defendants could not provide documentation for: the total amount of money invested in Strongbow or the pool; how investor funds were allocated between Strongbow, the pool, investor distributions, redemptions, or agreements; or any documentation of the funds that Dailey borrowed from the pool.

The CFTC’s complaint names the Dailey Family Limited Partnership and Suzi S. Dailey (a/k/a Suzy Dailey, a/k/a Suzie Dailey), both of Dana Point, California, as relief defendants because they received funds as a result of defendants’ fraudulent conduct and have no legitimate entitlement to all of those funds.

At the request of the CFTC, on the same day the complaint was filed, U.S. District Court Judge Sam Sparks froze the assets of the defendants and relief defendants, and permitted the CFTC to seize all relevant records in their possession. A preliminary injunction hearing was set for August 7, 2009.

In its continuing litigation, the CFTC seeks restitution, disgorgement of ill-gotten gains, civil monetary penalties, and permanent injunctions against further violations of the federal commodities laws and against further trading.

The CFTC thanks the National Futures Association for their assistance in this matter.