Crypto liquidity provider Algoz on Tuesday has announced its partnership with Cardano Foundation for providing liquidity and trading solutions for the ADA token.

“Our collaboration with Cardano, one of the most inspiring projects in the crypto-asset scene, is expected to increase the liquidity of the token and its accessibility,” the company noted on LinkedIn.

Founded in 2011, Fingenom was established as an infrastructure provider for trading algorithms in the capital market. With the boom in the crypto market, the fintech firm extended its reach towards the digital asset industry in 2016 by setting up AlgoZ to provide various financial solutions such as market making, brokerage, and over-the-counter (OTC) services.

Earlier this year, the company also partnered with Electronium to provide market-making services to the company’s token listed on Huobi exchange.

Both the co-CEOs of the liquidity provider – Tal Teperberg and Nir Dovrat – will be speaking at the upcoming Barcelona Trading Conference, providing their insights on creating stability on the wild market of digital currencies. They will be joined by Vanina Ivanova, CMO of AdEx Network. 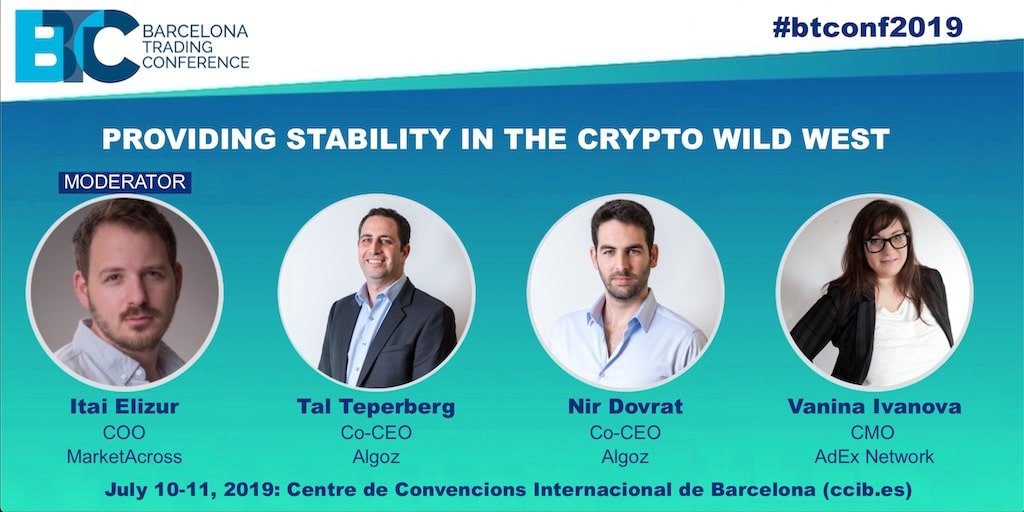 The Cardano Foundation is one of three organizations, along with IOHK and EMURGO, involved in the development of Cardano blockchain. The company is gearing up for global expansion and recently on-boarded seasoned journalist Bakyt Azimkanov as the director of global PR, communications, and marketing.

Cardano along with Polymath, is developing a “security token blockchain,” which it announced last month.

With a market cap of more than $2.5 billion, ADA is among the top 15 digital coins. In the last seven days, the token gained more than 8.5 percent over the previous seven days and, at press time, is trading at $0.098 apiece, according to CoinMarketCap.com.

The project also conducted a two-year long token sale starting in 2015 and raised around $63 million. At the peak of the market in early 2018, the value of ADA token touched $1.33.