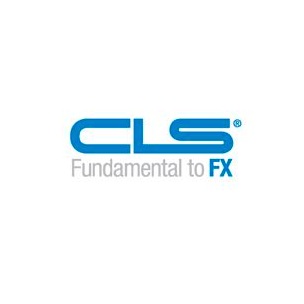 CLS Bank won itself a victory of sorts with the verdict and subsequent announcement from the US Supreme Court, which ruled in favor of the FX settler that the abstract idea of intermediated settlement is not deemed patent eligible, thus ending a lengthy legal battle.

The official case, tapped Alice Corp vs. CLS Bank International, encompassed all three levels of the US federal court system, i.e. District Court, Court of Appeals, and finally the Supreme Court. The primary grievance stemmed over claims about computer-implemented services for financial transactions and their categorization of abstract ideas, which was contested under patent protection. However, following a lengthy legal strife, the Supreme Court ruled in favor of CLS Bank that the settlement is not deemed patent eligible under Section 101 of the Patent Act.

According to David Puth, CEO, CLS Bank, in a recent statement on the verdict, “Throughout this case we have sought to highlight why the claims against CLS directly threatened an entity that is vital to the functioning of the largest and most liquid market in the world, foreign exchange. CLS ensures trillions of dollars reach their intended counterparties every day with certainty and security and has set the standard for international communication and cooperation. CLS can now continue its mission to enhance financial stability by providing risk mitigation services to the global foreign exchange market.”

“In our view, the Supreme Court correctly decided this case, and we are very pleased with the decision. Alice’s attempt to patent the abstract idea of financial intermediation was rightfully rejected by the Supreme Court. Financial intermediation is critical to the safe and effective operation of all global markets, and we are proud to have led the fight against a very real risk to the economy and the financial ecosystem,” added Alan Marquard, Chief Legal Officer, CLS Bank in an accompanying statement.

The verdict is not only a victory for CLS Bank, an organization that has built its reputation on settling Forex transactions, but also companies that were eying software protection under patent laws.

According to Mark Perry, Lead Counsel for CLS Bank in the case in a recent statement, “The Supreme Court correctly rejected the attempt of Alice Corporation, a non-practicing entity or ‘troll,’ to foreclose productive companies like banks from practicing the ancient economic method of intermediated settlement. As the Court explained, patent law does not allow someone to monopolize a fundamental abstract idea, and implementing the idea on any generic computer does not change this result. We are delighted with the result.”

What exactly was attempted to be patented? Was it a specific process? I’m a little lost on that. Were there earlier articles that explained this?