Suspicion of potential foul play amid an industry with an intangible product often results in damaging consequences, especially where the value of one party’s advantage occurs at the cost of another’s.

The manipulation of foreign exchange rates by dealers is a serious offence, and international financial markets regulators take the matter very seriously. An example of this arose in June this year, when Forex Magnates reported that the Monetary Authority of Singapore cited 133 traders for manipulating financial benchmarks by creating a misleading appearance with respect to the price, value or level, with FX traders having been at the forefront.

More recently, according to Bloomberg’s assertion that this is a potentially widespread practice among dealers, within the timeframe of 20 minutes on the last Friday in June, the value of the US dollar spiked against the Canadian dollar, jumping 0.57% representing the largest move in the month, yet within an hour, the gain had reduced by two thirds.

The same pattern occurred before 4.00pm in London on the last trading day of the month, which was also followed by a quick reversal. This has occurred thirty one percent of the time, across fourteen currency pairs over the last two years, borne out by data collected by Bloomberg.

In this particular case, the Financial Conduct Authority, Britain’s financial markets regulator, is reviewing the matter and conducting investigations as to whether currency dealers are indulging in the dubious and illegal practice of manipulation, with a view to distorting the value of trillions of dollars worth of investment funds that track global indexes.

As well as the Financial Conduct Authority and the Monetary Authority of Singapore, the latter of which upheld a complaint against a large number of traders, other institutions and national regulators are probing this situation further.

In North America, Barclays Plc, Royal Bank of Scotland Group Plc and UBS AG were fined a combined $2.5 billion for rigging the London interbank offered rate, or Libor, used to price $300 trillion of securities from student loans to mortgages.

More than a dozen banks have been subpoenaed by the U.S. Commodity Futures Trading Commission over allegations that traders worked with brokers at ICAP Plc (IAP) to manipulate ISDAfix, a benchmark used in interest-rate derivatives. However, at the time, ICAP Chief Executive Officer Michael Spencer stated publicly in May that an internal probe found no evidence of wrongdoing.

The damaging and costly effect of such behavior can be examined practically. “Small distortions in foreign-exchange rates can cost investors hundreds of millions of dollars a year, eating into returns for savers and retirees” James Cochrane, Director of Analytics at New York-based Investment Technology Group Inc explained in an interview with Bloomberg. Mr. Cochrane’s company advises companies and investors on executing trades.

“What started out as a simple benchmarking tool has become something incredibly large, and there’s no regulatory body looking after it,” said Cochrane, a former foreign-exchange salesman at Deutsche Bank who has worked at Thomson Reuters. “Every basis point is worth a tremendous amount of money” he continued.

Based on this, an investor seeking to change 1 billion Canadian dollars ($950 million) into U.S. currency on June 28 would have received $5.4 million less had the trade been made at the WM/Reuters rate instead of the spot rate 20 minutes before the 4.00 p.m. window.

The speculation demonstrates that this could be a widespread matter, involving other currencies such as British Pound/Kronor, arising from the occurrence of similar patterns, however, this is not as yet substantiated, and the Financial Conduct Authority is engaged in investigating the complaints further. 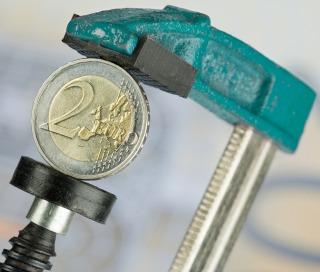 Global regulators, especially in the Far East, are resorting to implementing surveillance systems to collect real-time data and flag up irregularities in all aspects of operations, as was spearheaded by Australia’s regulatory authority, ASIC with its implementation of the SMARTS and First Derivatives Delta Stream Systems.

Singapore’s regulator was able to censure the 133 traders within its jurisdiction for manipulation as a result of a surveillance operation conducted over a one year period, demonstrating that this method is effective. The outcome of the probes among the aforementioned Western regulators hangs in the balance, however.

A detailed research was conducted by Forex Magnates regarding the use of regulatory surveillance systems in the Asia Pacific region, and will be available in the forthcoming Forex Magnates Quarterly Industry Report for Q3 of 2013.

Would be interesting if cyprus got this type of regulation oversight for its brokers. 1/2 of them would close up overnight.

retail FX is a pimple compared to what it takes to manipulate this, which requires massive co-operation between big hitters, limits and posi size and LUCK. so retail jobbers (scalpers .. awful word) should just take any advantage of any erratic moves to get in and out