Singapore’s regulatory authority the Monetary Authority of Singapore (MAS) has conducted a one-year-long review of the conduct of financial institutions under its supervision, which was completed on Friday of last week, adding further evidence that regulators internationally are stepping up their seriousness when it comes to the overseeing of behavior of market participants.

The results of the review revealed a series of transgressions by traders and banks alike, over which the regulator alleges that deliberate attempts to manipulate existing benchmarks, amounting to 133 traders having engaged in acts intended to create a false or misleading appearance with respect to the price, value or level of a financial benchmark, with FX traders having been at the forefront.

Such findings have led to the imposition of a new framework for financial benchmarks which sets out procedures which all financial institutions must adhere to as well as the perpetrators of the alleged offences being brought to book.

According to the MAS, the regulatory definition of a financial benchmark is any price, estimate, rate, index or value that is calculated using a formula and used as a reference to determine the interest payable or other sums due on deposits or loans, the price, value or performance of any investment product; or the price, value or performance of any product offered by any entities regulated by MAS.

Subsequent to the review, a total of 133 traders were found to have engaged in several attempts to inappropriately influence the existing benchmarks. While there is no conclusive finding that Singapore Interbank Offered Rate (SIBOR), Singapore Offered Rate (SOR) and FX benchmarks were successfully manipulated, the traders’ conduct reflected a lack of professional ethics. 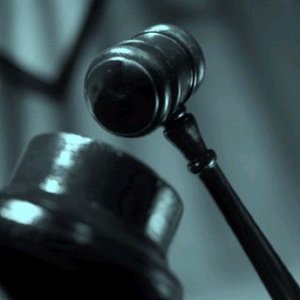 Although the number of traders involved represents a small proportion of the trading community in Singapore, MAS has highlighted that it takes a serious view of the need to uphold high standards of integrity in the industry and expects banks to be responsible for engendering a culture of ethical conduct among all their employees.

Unlike western regulators such as the CFTC in the United States, the MAS has set about putting this right by applying fiscal penalties to market participants which transgressed the benchmarks, with a full refund of all penalties if the banks can demonstrate that they rectified the matter. In the case of established regulators such as the CFTC, once a penalty is imposed, it is not reversible.

As well as 133 traders having alerted the attention of the regulator, twenty banks were found to have deficiencies in the governance, risk management, internal controls, and surveillance systems for their involvement in benchmark submissions.

MAS has censured these banks and directed them to adopt measures to address their deficiencies. The redress for this is that the institutions concerned must set aside additional reserves, quantified as liquid assets in Singapore Dollars to be held by the bank, the value of which is yet to be confirmed, which will be held by the MAS for one year. This gives the financial institutions sufficient time in which to resolve the inadequacies, after which time MAS will return the funds to the institutions.

According to the MAS, The respective banks have taken disciplinary actions against the traders involved. Approximately three-quarters of these traders have resigned from or have been asked to leave their employment at the banks concerned.

The remainder of the traders concerned who managed to avoid the axe from their employment are now subject to disciplinary actions. These include reassignment to other jobs, demotions, and forfeiture of bonuses. The industry has been urged by the MAS to put in place measures to facilitate reference checks, so that an institution would be made aware if a potential hire had been implicated in attempts to inappropriately influence benchmarks.

The new regulatory framework proposed by the MAS has two main points of importance;

Secondly, MAS intends to subject the setting of key financial benchmarks to regulatory oversight. MAS will have the powers under the SFA to designate key benchmarks based on considerations such as the systemic importance of a benchmark and an assessment of its susceptibility to manipulation. MAS proposes to designate as key benchmarks the SIBOR, SOR and FX Benchmarks currently administered by the Association of Banks in Singapore (ABS).

Administrators of such procedures within institutions will now be required to establish effective arrangements for regular monitoring and surveillance of benchmark submissions, put in place robust governance arrangements to identify and mitigate actual and potential conflicts of interest and establish a committee that will be responsible for overseeing the benchmark administration process and code of conduct for submitters.

In a public statement to the industry as a whole, the MAS’s Deputy Managing Director Teo Swee Lian, explained: “Ensuring the integrity of the processes for setting financial benchmarks is vital. MAS has taken firm supervisory actions against the banks, based on a careful assessment of their respective deficiencies. The proposed new regulatory framework will minimize the risk of attempts to inappropriately influence these benchmarks. The industry must also play its part in enhancing the robustness of the financial benchmarks, and in cultivating high standards of professional integrity and ethics.”

It keeps getting easier and easier for a new brokerage to get started, as “aggregation companies” become more commonplace. Do you think this is an accurate statement?

and http://forexmagnates.com/pfgbest-launches-typhoon-own-liquidity-aggregator/ …i think you get the point.