Thomson Reuters has unveiled the Thomson Reuters Benchmark Services Limited (TRBSL), a subsidiary aimed at managing and overseeing financial benchmarks that were previously the target of LIBOR manipulation, according to a Thomson Reuters statement. 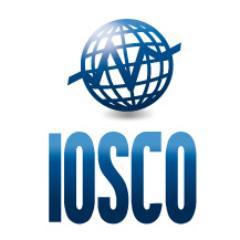 Following the fallout of the massive London Interbank Offered Rate (LIBOR) scandal, benchmark regulators collectively agreed upon the date of July 1, 2014, in which all benchmarks will be overseen and administered in an attempt to curb previously illicit manipulation. The organizational body responsible for this compliance is the International Organization of Securities Commissions (IOSCO), a global entity that consolidates regulators across borders.

Indeed, the TRBSL has already earned Financial Conduct Authority (FCA) authorization as a mandated overseer for LIBOR calculations, a notable absence in the process previously. It was this lack of accountability and regulation that facilitated such fixing, prompting authorities to make such a move. Regarding the TRBSL’s functionality, the subsidiary will effectively operate and govern Thomson Reuters’ benchmark suite, now numbered at over 160.

According to John Cooley, Global Head of Indices and Reference Rates at Thomson Reuters, “Thomson Reuters supports the financial industry in multiple ways to improve transparency in both liquid and iliquid markets. Over the past 18 months, we have been working closely with global regulators, authorities and agencies to ensure that as an industry we collectively enhance and re-establish trust in key benchmarks and continue to support the vital role they play in financial markets. Our global benchmark portfolio means that we can do this at scale, applying learning and best practice across multiple benchmarks and jurisdictions.”

Thomson Reuters has always played a pivotal role in the calculation of LIBOR rates. Rates are calculated via the world’s ten major currencies and are published daily at 11:30 GMT by Thomson Reuters – it is estimated that nearly $350 trillion in derivatives, Forex and an assortment of other financial products are tied to Libor rates. More specifically, it acts as a centralized index that measures the inherent costs of funds and rates to banks operating with exposure to London and its respective assets.

Over the past twelve months, Thomson Reuters has opted to publish new benchmarks (11) with full control and administrative oversight, necessitated by the fallout and consequent bevy of fines launched over the LIBOR fixing. Presently, Thomson Reuters governs, calculates and reports OTC financial benchmarks on behalf of a composite of 52 banks and organizations, including HIBOR, SIBOR and ISDAFIX, in addition to traditional financial instruments such as bonds and equities.