For the better part of two years, newswires, journals, blogs and company statements have been littered with the word ‘Libor’, a construct that up until recently was neither widely publicized nor spoken of, but which now threatens to forever change the landscape and rules governing foreign exchange and derivatives markets.

The London Interbank Offered Rate, better known as Libor, is an overall assessment or synopsis of the health – or de facto barometer – of the global financial system, in that it specifically dictates leading interest rates that are reported or offered. This has far-reaching ramifications at almost every level, whether it is financial institutions, global banks, or something as personal as student loans and mortgages.

Ultimately, these rates affect far more than what is generally perceived or understood – a detailed comprehension of the facts, parties involved and chronology leading up to the present is needed to fully appreciate the gravity and weight of one of the largest scandals in recent memory. 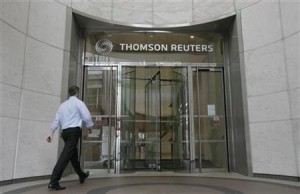 Libor rates are calculated via the world’s ten major currencies and are published daily at 11:30 GMT by Thomson Reuters – it is estimated that nearly $350 trillion in derivatives, Forex and an assortment of other financial products are tied to Libor rates. More specifically, it acts as a centralized index that measures the inherent costs of funds and rates to banks operating with exposure to London and its respective assets. The actual process is far more simplistic, which entails a panel of eighteen banks being asked for a firm-specific response on borrowing rates – the result being a trimmed mean of only ten responses that coalesce into a released Libor rate at the aforementioned time each day.

The Genesis of the Scandal

To better understand Libor and its consequent scandal it is more prudent to trace it to its origin, which in this case is 2008. While this timeframe predated the actual regulatory investigations that eventually roiled the financial industry, it was the first widespread mention of allegations of the manipulation of Libor – albeit by the Wall Street Journal. Unfortunately, these accusations did little to change anything, instead prompting nothing but reassurances from such organizations as the International Monetary Fund (IMF) and the Bank for International Settlements (BIS), commenting that Libor-fixings were baseless allegations without proper evidence to support outright manipulation.

In addition, both the New York Federal Reserve and the Bank of England (BoE) made mention as early as 2008 of the potential for under-reporting of Libor rates. While these initial brushes with monetary authorities did little to expose any fraudulence or manipulation, it did succeed in bringing the topic to the attention of regulatory organizations, which would ultimately take up the mantle of investigation against the guilty parties.

This finally came to the forefront with the launch of a regulatory probe against Bank of America Corp, Citigroup and UBS AG nearly three years later in 2011 for the potential manipulation and conspiring of Libor rates. Invariably, this marked a turning point in the entire saga as henceforth accusations were no longer treated as baseless, but rather fair game for myriad global regulators. In 2012, the US Department of Justice began its own investigation into the abuse and Libor fixings, specifically centering on the lines of communication between traders and bankers prior to the 11:30 GMT deadline, in essence providing an augmented amount of insider trading information with regards to the transfer of these instruments.

Initially, the idea of Libor-tampering was a seemingly radioactive idea that few authorities gave much weight to, however by 2012 numerous regulators gravitated towards these incendiary accusations and began dissecting the very fabric of communication and interaction between banks. 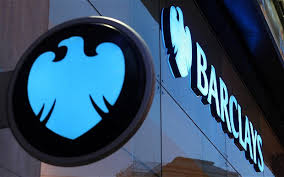 Unfortunately for the banks and institutions involved, the deeper regulators dug, the more dirt was uncovered, namely with all those involved at all levels. While Barclays Bank became the initial poster child for Libor rate fixing, albeit to the tune of a $460 million fine ($200 million levied by the Commodity Futures Trading Commission [CFTC], $160 million by the US Department of Justice, and 100$ million by the Financial Services Authority [FSA]), it quickly became apparent that the scandal was far more extensive and coordinated than even the biggest skeptics could have imagined – presently over twenty banks from at least ten countries, operating on three continents are under an ongoing investigation for Libor and other rate fixings.

In subsequent months, parallel investigations were also launched against banks manipulating the Japanese yen and Swiss franc Libor rates – each were met with equally disturbing truths and record fines. In total, Barclays, UBS AG, Deutsche Bank, the Royal Bank of Scotland (RBS), JPMorgan Chase and Citigroup have all been fined at the present, and each investigation is still ongoing, with only the Canadian Competition Bureau quitting its investigation. In addition, numerous traders have been fired at several banks, with several resignations also having followed.

Picking Up the Pieces

While the damages done by Libor-fixings are certainly detrimental and problematic in their own rights for obvious reasons, the bigger question or concern lies in the future of the industry itself. More importantly, with the entire Libor process being put under the microscope and the upheaval that followed, there exists a disturbing lack of solutions moving forward as to how this practice can be curbed and controlled in the future. While this has been the benchmark standard since the late 1980’s, the recent truths uncovered from investigations necessitate some manner of change and a viable alternative.

In perhaps the most painful realization of all are the undetectable consequences of the Libor manipulations, which cannot fully be determined as of yet. Aside from the disastrous blow towards the image of the financial industry lies the potential for outrageous litigation costs and a plethora of impending lawsuits for parties affected. The flagrant manipulation and collusion by a ‘cartel’ or perpetrators also rings moral hazard, and in no way does the slapping of fines – however large they may be – seem an effective deterrent towards curbing this behavior.

Presently, the calculation of Libor rates has become a mandated oversight by the UK’s Financial Conduct Authority (FCA), while new laws have attempted to clamp down on falsifying benchmark statements. Moreover, Danish, Swedish, Canadian, Australian and New Zealand Libor rates were effectively terminated, in theory limiting the scope of future potential violations. Ultimately, the aftermath of the scandal has resulted in widespread regulation and at the surface, a tepid stance on addressing new practices. 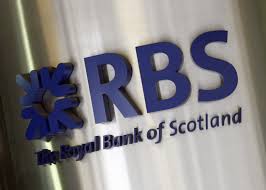 However, even this has been met with reticence, such as RBS’ recent attempt to limit Forex fixings, which reportedly has drawn the ire of the rest of the global banking community. In truth, the entire chain of events cannot be viewed as having a definitive beginning and an end, as nobody truly knows when Libor-fixings started, and few would venture to say that this practice has been completely abolished. Rather, regulators and watchdog organizations will keep their noses to the grindstone in an attempt to find how deep the rabbit hole goes, while ultimately addressing and implementing a future alternative that might be able to prevent offenses and manipulations such as this from occurring.

I would like to know how this actually worked. Since, as far as i know, the highest 3 and the lowest 3 libor submissions would be disregarded, and the average of the remaining submission would be the libor rate for the day. Now if a bank submits artificially high or low rates, chances are those will not make it into the libor calculation at all. To really influence the actual rate, it would need 5+ banks to coordinate.

“To really influence the actual rate, it would need 5+ banks to coordinate.”

Well that would explain the rash of banker “suicides” in the last few months.