Have you heard the one about the guy who accidentally tried selling a company’s leads back to the company itself? You might have, it’s an astonishingly common story. So the head of a forex company’s sales department opens an email. “Selling [company name] best client leads for €10,000. Interested?”

As a matter of fact, this particular head of sales was very interested, it was his company. He notifies security immediately, of course, and it turns out that this hapless crook had stolen the company’s leads several years ago. He’d been selling the same leads for years now.

This illuminating tragicomedy says quite a bit about both the purveyance and acceptance of leaks in the forex industry. Legally uneconomical to pursue and propelled by the rapid turnover that the industry is known for, leaks have been begrudgingly accepted by forex firms as standard operating procedure. But is there anything that a company can do to protect itself from leaking trade secrets or, even worse, customers?

The first course of action that comes to mind is legal. “Turning to adjudication under these circumstances is common and in some cases recommended,” says Advocate, Notary and Chairman of Tal Ron, Drihem & Co., Tal Itzhak Ron.

In many situations, though, this is a campaign doomed to fail. Ron adds, “Brokers should bear in mind that these types of claims can be difficult to prove. Direct damage to the broker must be shown, and, as such, any legal action should be supported by a wealth of evidence and corroborating documentation.”

What’s worse, the legal remedies available depend on where the broker is located. California, for instance (living up to its moniker of The Wild West), has rejected non-compete agreements since 1872. There is legal precedent now extending it to non-solicitations, too.

Forex companies around the world, as well, are faced with a dilemma; Courts are hesitant to rule against employees simply seeking access to work in the very industry that they have experience in. Fair enough, where else are they supposed to go?

It’s no wonder then that FX firms have for the most part relegated themselves to sending sinister email memos, reminding their staff of vague “recent legal actions.” But there is a way to prune the legal expenses. Sometimes, the best defence is simply a good defence.

Ron advises brokers to focus on carefully monitoring their employees’ work and exposure to confidential information. If your company’s leads are stored securely under the watchful, yoga-induced third eye of John McAfee, you’ll have a much better chance at proving breach of NDA in court.

If you want to extend the same protection to social network connections (even though it’s a gray area), have the company create the social network account and stipulate as much in the employment contract.

And it’s also important to inform employees that even if certain information is publicly available, that doesn’t make it free for the taking. If a firm can prove that significant time and resources went into compiling information, even if it’s a list of “I’m feeling lucky” Google search results, it can still be considered company property in court.

Ron also advises that brokers ensure that non-disclosure policies are included and emphasized in all of the employment contracts. Exit interviews are also a great idea to double check that there is no daylight between what the exiting employee and what the company considers good compliance going forward.

A SPECTRE of Bespectacled

What a company shouldn’t do is resort to shady behavior. As the old adage goes: “An eye for an eye leaves everyone blind.” So should the saying go?: “Underhanded for underhanded leaves everyone playing softball.”

Case in point: Some of the world’s largest companies were caught this past year engaging in nefarious activity to prevent employees from leaving with valuable information. Like the Pharaohs of old, they simply decided it was best if employees couldn’t leave at all.

Giants like Apple, Google and Intel, and Pixar and Lucasfilm (among others), for the better part of the last two decades, have essentially been agreeing (on CEO levels) both not to poach each other’s employees and to cap employee wages at certain amounts. All this does in the end, though, is stifle creativity and competitiveness.

In one particular case involving Apple and Google, a group of engineers critical to the iPhone’s creation were sought after by Google two years after leaving Apple. After Google’s senior vice president of engineering personally begged Steve Jobs, Jobs denied the group of engineers the opportunity with one swift and curt email, saying, “We’d strongly prefer that you not hire these guys.”

Google, afraid to betray their secret cartel with Apple, acquiesced. Legal? No. Effective? Maybe. Perhaps Jobs was just trying to keep the employees both hungry and foolish.

A Company for All Hiring Seasons

It’s also worth looking at the other end of the spectrum—opposite back-room gentlemen’s agreements—to see what investment houses have been doing to cope with this workforce friction. It’s not altruism (it’s still all about the bottom dollar) but it’s certainly a far cry from the scandal involving the technology and computer animation companies.

As a matter of fact, registered investment advisor firms (such as Merill Lynch, UBS, Smith Barney etc.) have had another type of agreement between them: a protocol. This Broker Protocol has been in place for over a decade now, and it’s a document that was established to undercut the growing trend of expensive legal activity between the big firms.

The protocol gives breakaway employees, and competing firms that want to recruit them, a legal path for departure (and for solicitation of clients shortly thereafter). Since its introduction, more and more firms have signed on to the protocol every year. 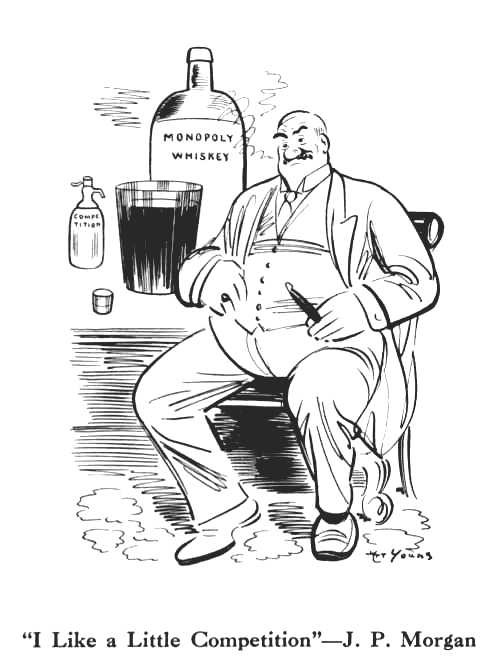 “We’re pleased that the protocol has been successful,” said Bill Halldin, spokesman for Merrill Lynch, speaking to RIABiz. “We’re also pleased it’s been embraced widely by the industry.” Indeed, it has been successful. The Protocol has helped create fluidity in the advisory and securities business.

And, while it may sound surprising that these firms have opted to shed their draconian skins in favor of a modern, outside-of-the-box approach, it shouldn’t be too surprising. After all, in an industry chiefly concerned with money, is it really any wonder that they want more of it to stay inside their profit margins rather than their lawyers?

Maybe here, then, is a comprehensive solution to the forex industry’s growing problem. If employees feel they are free to move around to competing firms and, soon after, solicit clients that they had, they won’t be soliciting them illegally and firms won’t be spending egregious amounts of money on legal battles. Sure firms will lose a client here and there, but they’ll gain another one from an incoming employee just the same.

Of course, traditional methods of ensuring sensitive information (such as leads) are still a must, but as far as stealing customers is concerned, I think the financial advisory industry has adopted an elegant solution. Saving €10,000 on [company name] legal fees? Definitely interested.

Great article. That leads me to the question, which brokers would be so shady as to buy lead lists like this? Is there a legal course of action towards those buying parties as opposed to the selling party? Surely they are a richer target to go after…

the answer is in your question bart.. shady being the key word..