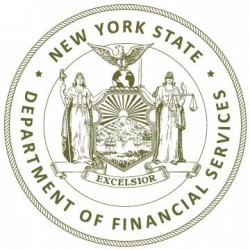 New York’s Department of Financial Services’ probe of Barclays’ foreign exchange business is delaying the bank’s settlement over currency rate-rigging allegations with other US and UK authorities, which are reported to be close to reaching an agreement with the bank.

New York’s Department of Financial Services (DFS) is not part of the bank’s other settlement with the UK’s Financial Conduct Authority (FCA), the US Department of Justice (DoJ) or the US Commodity Futures Trading Commission (CFTC).

Barclay’s has been trying to resolve its foreign exchange probe with all of the authorities investigating it in a single deal. The bank is reportedly set to pay less than 1 billion in total to the three US and UK agencies it is in discussions with.

However, with the DFS not being part of a comprehensive settlement, Barclays is likely to be unwilling to settle the case with the other agencies separately. In November, the FCA and CFTC fined HSBC, UBS, Bank of America, Citigroup, JPMorgan Chase and Royal Bank of Scotland more than $4 billion over forex rate-rigging.

Barclays pulled out of those discussions, as well, because the DFS was not involved.

The DFS probe is taking longer than the others because the regulator is also investigating whether algorithms used by Barclays’ forex trading platform played a part in the bank’s manipulation of the currency markets.

DFS is also investigating Deutsche Bank over its use of algorithms. It has also sent subpoenas to BNP, Credit Suisse, Goldman Sachs and Société Générale as part of its forex rate-rigging probe.

Share this article
Tags: Barclays / CFTC
Got a news tip? Let Us Know