Continuing the stream of brokers and trading venues issuing their September volumes, Saxo Bank has reported their metrics.  According to Saxo Bank, average daily volumes declined 6.7% for the month to $9.8 billion from August’s $10.5 billion. Overall, $216 billion in assets were traded during the month.

The drop in trading activity is similar to the results experienced at trading venues such as the CME, HotspotFX and EBS. While most brokers and trading venues enjoyed rising volumes in August thanks to yen volatility, September’s action was notably milder. This was the case even with the US dollar being quite active as traders speculated on the possibility of the Fed raising rates last month.

In addition to volumes, Saxo Bank reported that client collateral deposits for trading dropped to $10.73 billion from $11 billion in August. Despite the month over month decline, and even after suffering losses from customer negative balances in January due to Swiss franc volatility, customer deposits at the broker have remained fairly consistent, within the $10 to $11.5 billion range. 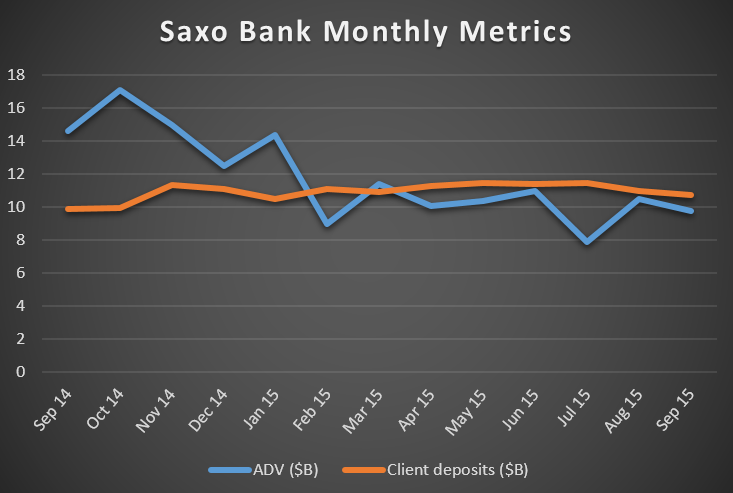