The last year has seen volatile volumes for electronic communications network (ECN) Hotspot FX. Indeed, after experiencing three consecutive quarters of solid FX volume results between Q3 2014 to Q1 2015, activity at Hotspot FX has been on the decline. The company recorded four consecutive months of declining volumes to July 2015, with average daily volumes (ADV) for the month of July 8.6% lower than June.

However, volumes remain down on an annual basis, with total volume for the month of August 2014 almost 2% higher, at $606.9 billion, than the volume in August 2015. 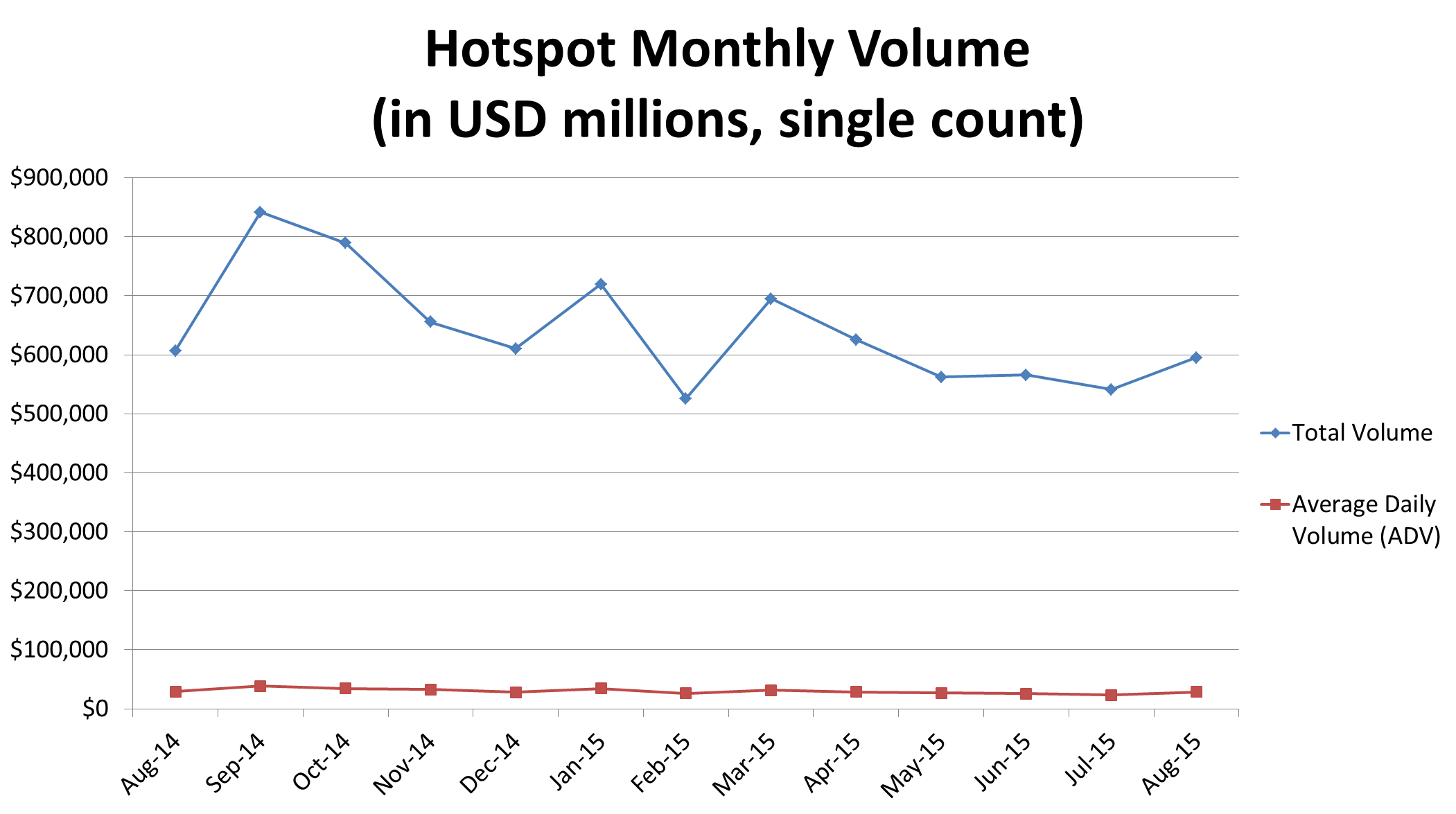 The exchange operator, BATS Global Markets, acquired Hotspot FX in March, in a trend which has seen an increasing number of global exchanges vying to enter the lucrative forex market. Indeed, just last week, Nasdaq announced that it plans to launch a new forex trading platform due in 2016.

Commenting on the difficult trading period over the last few months, representatives from BATS told Finance Magnates that they were not concerned about the long-term viability of their investment in Hotspot FX, noting that the drop in volume has simply been a consequence of market fluctuations.

Indeed, the modest increase in trading volume in August will surely be encouraging.