Japan’s Monex Group has reported its business metrics for the month ending September 2015, showing a drop in its FX volumes. The monthly trading value for all subsidiaries of Monex Group Inc totaled just $38.6 billion in September, down about 8.5% from $42.2 billion in August 2015.

The month-on-month slide in the total FX figure for the Monex Group can be explained in part by the number of trading days as September only had 19 while August had 21 business days in Japan. However, the figure is similar to July’s FX volume that had 22 trading days and the overall picture for the Japanese group is fluctuating metrics going up and down since January. 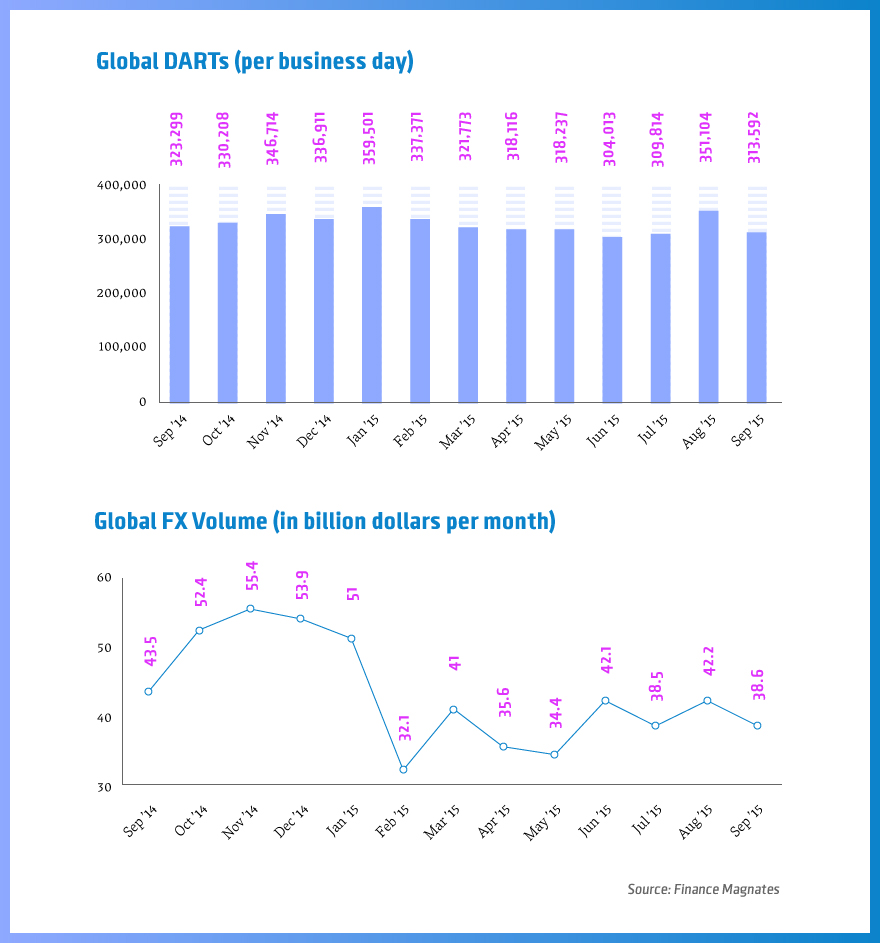 In a separate announcement, the group also revealed today that Nippon Wealth Limited (NWB), a Restricted Licence Bank, was granted securities trading and securities advisory business licences by the Securities and Futures Commission of Hong Kong on September 25, 2015.

NWB was founded as a wealth management financial institution by Japanese and Hong Kong companies including Monex Group and Shinsei Bank. The two institutions established OJBC Co. Ltd. in June 2013 as the holding company of NWB, and NWB was founded in August 2013 as a wholly-owned subsidiary of OJBC.

Combined with a banking licence granted in April 2015 (as a Restricted License Bank), NWB has now established a structure for offering financial services that include banking and securities services in Hong Kong and reportedly will initiate full-scale operations on Monday, October 12, 2015.