Monex Group reported today its business metrics for the month ending August 2015, showing a comeback for its FX volumes. The monthly trading value for all subsidiaries of Monex Group Inc totaled $42.2 billion in August, up 9.6% from $38.5 billion in July 2015.

This total FX volumes figure is the highest since February 2015 when the number crashed to just $32.1 billion, and put Monex half way towards January 2015’s $51 billion. The month-on-month rise in the total FX figure for the Monex Group can not be explained by the number of trading days as August only had 21 while July had 22 trading days in Japan. 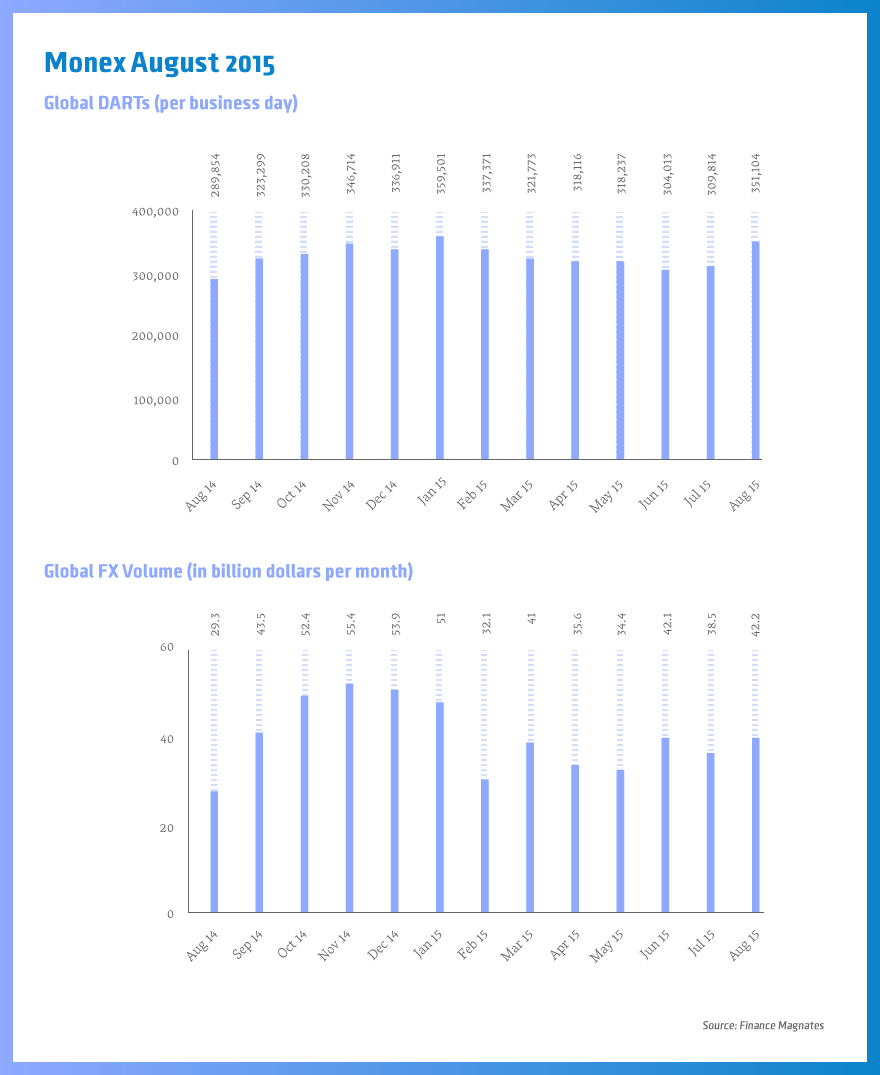 It was separately announced that Monex signed with Markit (Nasdaq:MRKT) for its corporate actions service. The agreement will enable the firm to provide validated corporate actions data for all of its offered trading stocks.

“By incorporating Markit’s corporate actions data into our service, Monex becomes the only online securities firm offering such a service in Japan,” said Motoki Kitamura, General Manager, Operations Department at Monex. “Our goal is to provide individual investors with the best services and the addition of this service will provide comprehensive access to high quality corporate actions data for our clients.”

“We are so pleased to be working with Monex, who is recognised in the region as being a sophisticated online broker for individuals looking to invest in US stocks and ETFs. The addition of Markit’s corporate actions service to the Monex offering will provide customers with access to validated corporate actions data from over 160 countries and territories,” said Brian Okupski, Managing Director and Head of Corporate Actions at Markit.