BNY Mellon and State Streep Corp are under increasing regulatory scrutiny for alleged overcharging of their institutional clients in forex transactions. Steven Grossman, Massachusetts State Treasurer, estimated that BNY Mellon overcharged the state’s pension fund by over $20 million, after additional analysis this figure now seems to be over $30 million.

State Treasurer Steven Grossman also said he has unearthed another $10.5 million in “overcharges” to the state pension fund by Bank of New York Mellon — on top of $20 million found in an audit earlier this month.

Massachusetts State has now published exhibits related to the case which uncover internal BNY Mellon emails and where possible smoking gun is hidden.

Exhibits 7 and 9 just plainly show the logic behind their forex rates charging. I leave it to them to explain this better than I can: 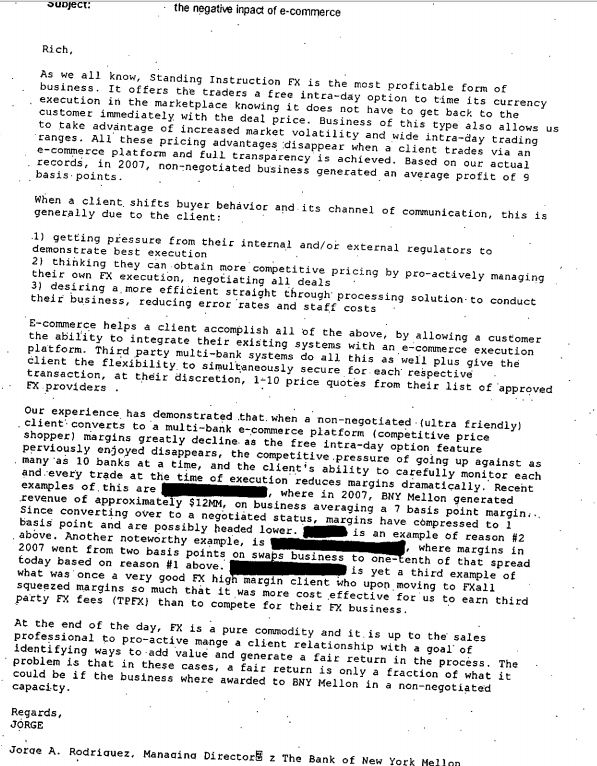 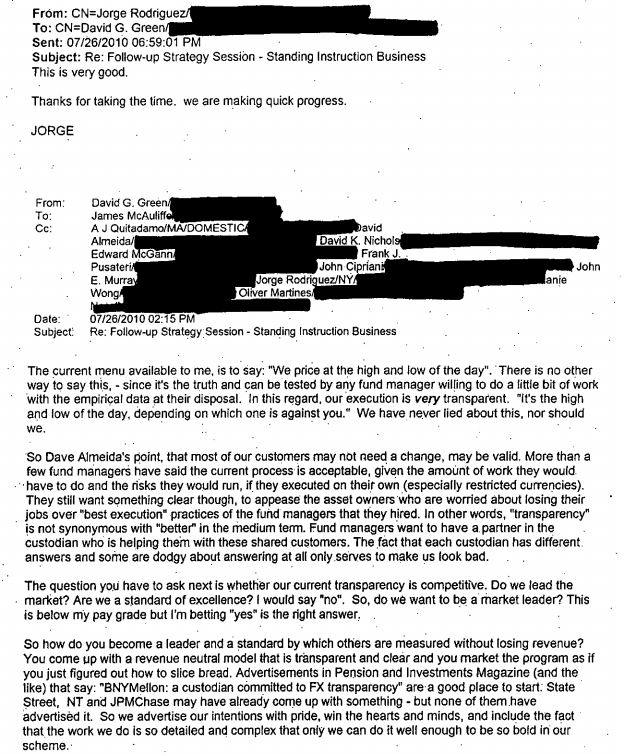