Interactive Brokers, LLC (NASDAQ:IBKR) has reported its consolidated trading volumes for the month ending May 2016, having witnessed a marked decline of DARTs MoM – thus far, only April has seen rising figures in this space, with every other month in 2016 incurring a decline to varying degrees, according to an Interactive Brokers’ statement.

Looking at Interactive Brokers’ other monthly metrics of note, the group’s equity balance across customers’ accounts during May 2016 totaled $72.5 billion, continuing to inch higher MoM, this time by a factor of 1.0% MoM from $71.8 billion in April 2016. Additionally, this uptick was reinforced by a growth of 9.0% YoY from May 2015. 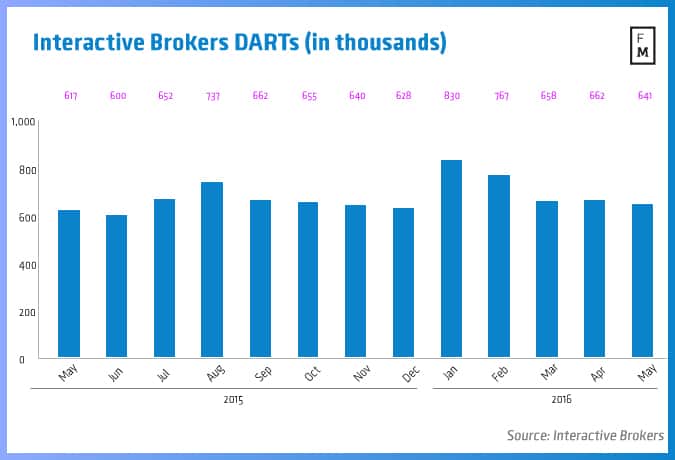