Interactive Brokers, LLC (NASDAQ:IBKR) has just released its trading volumes for April 2016, having orchestrated a slight rise of DARTs MoM, ultimately halting a multi-month decline across its volumes, according to an Interactive Brokers’ statement. 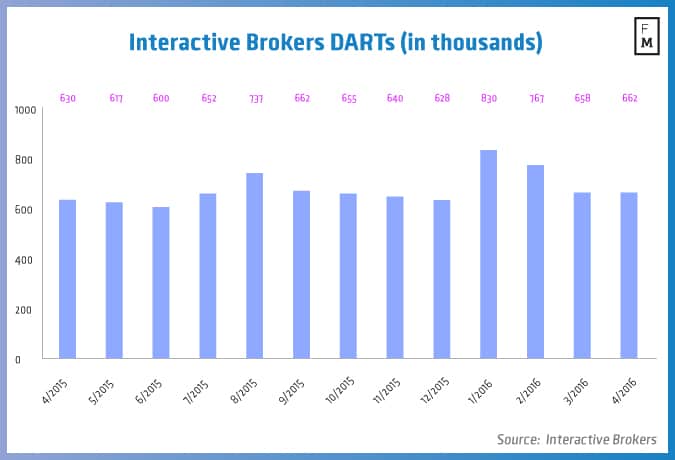