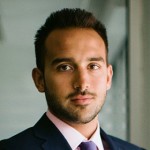 Jameel Ahmad was promoted to Global Head of Currency Strategy & Market Research of FXTM. He was previously the VP Corporate Development/Market Research.

Ahmad has worked at FXTM since May 2014, when he joined as Chief Market Analyst.

New York-based OpenFin, a provider of HTML5 runtime technology for the financial industry, announced the appointment of Adam Toms as CEO of its European operations.

Mr. Toms joined OpenFin from Instinet Europe, where he served as its CEO for more than four years. His will oversee all European operations from its offices in the City.

James Harris, a key executive on the FX trading desk of Barclays in London, left the company, sources with knowledge of the matter shared with Finance Magnates. A company spokesperson did not reply to a request for a comment.

Harris held the title Head of FX Spot Trading while working at Barclays. He had been with the London-headquartered bank since October 2013, when he joined from Merrill Lynch, where he was G10 FX Spot Trader.

NZX, the only registered securities exchange in New Zealand, picked Graham Law to take on the role of Chief Financial Officer.

He has 25 years of experience in strategic leadership, corporate governance, and risk and financial management.

Duco brought in industry veteran Cristóbal Conde as advisor to the CEO and board of directors. Conde’s career has spanned well over three decades, including twenty-four years as the President and CEO of Sungard.

Christian Nentwich, CEO of Duco, commented on the appointment: “I am very pleased that Cris has chosen to work with us.” 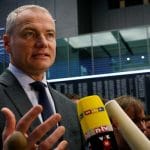 Carsten Kengeter told the Deutsche Börse supervisory board that he’d be gone by the end of the year in order to allow the company to “focus its energy back onto clients, business and growth and to avoid further burdens caused by the ongoing investigation.”

A successor has not been announced, but Deputy CEO Andreas Preuss and CFO Gregor Pottmeyer are two likely candidates for the interim period.