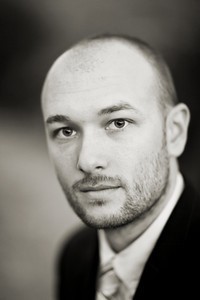 As Seedrs, the UK equity crowdfunding platform prepares for its US launch, the firm has announced two new additions to its advisory board. Being added are noted Silicon Valley entrepreneurs, Path CEO and co-Founder Dave Morin and Lyft CEO and co-Founder Logan Green.

Seedrs’ coming launch in the US comes after they acquired California-based Junction in October 2014. The addition of Morin and Green is expected to raise Seedrs profile among US and notably Silicon Valley entrepreneurs to attract them to use their crowdfunding platform to raise funds for their startups. As opposed to Seedrs core UK and growing European market, equity crowdfunding in the US is limited to accredited investors. Nonetheless, due to the quality and quantity of startups raising funds in the US, crowdfunding is already a strong business in the US, with AngelList and CircleUp attracting notable companies and investors on their fund raising platforms.

For Dave Morin, becoming involved with Seedrs continues his involvement in the crowdfunding sector as he had previously been an advisor with Junction, whose founders remained with Seedrs following their acquisition.