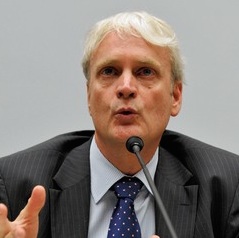 The IEX, a beacon of transparency and fairness in the financial industry, has announced that former SEC Acting Director, John Ramsay, will be joining the organization as its newest Chief Market Policy and Regulatory Officer, according to an IEX statement.

Indeed, the IEX has been a popular name much spoken about in the financial industry lately as a possible exchange. As recently as April, several brokers including Interactive Brokers and Tradestation announced order routing to the IEX, while the IEX volumes have been surging forth in the aftermath of the release of “Flash Boys”.

Decorated Career in Realm of Compliance

Mr. Ramsay joins the IEX having previously served as the Acting Director of the Securities and Exchange Commission’s Division of Trading and Markets. He brings with him an extensive resume spanning 25 years across compliance and regulatory roles, working with the SEC whilst also pioneering new initiatives for the implementation of critical components of the Dodd-Frank Wall Street Reform and Consumer Protection Act, including the Volcker Rule and derivatives reform rules.

According to Brad Katsuyama, Chief Executive Officer and Co-Founder of IEX, in a recent statement on the appointment, “We are honored by John’s decision to join our team at IEX, especially given the numerous opportunities available to him since leaving his senior position at the SEC. Industry dialogue and education are paramount for IEX, and we are excited to have John represent our company as part of our executive team. From our first meeting, it was apparent to us that our collective vision of the future of the equity markets was aligned and he was a perfect fit to help us achieve our goals.”

In his new role as Chief Market Policy and Regulatory Officer for the IEX, Mr. Ramsay will work in conjunction with a vast array of constituents, including investors, broker-dealers, trading venues, and of course governmental and regulatory authorities. As such, the singular goal of this collaboration would be the advancement of the company’s investor and industry engagement objectives, overseeing the company’s compliance with its regulatory obligations and its self-regulatory obligations – especially once IEX is registered as a national securities exchange.

“I am excited to join the visionary and talented team at IEX. Trading in our equity markets is too complicated, too opaque, and too much affected by conflicts that work against the interests of investors. IEX is creating a market-based response to these problems, and I am proud to become part of their team in advancing this agenda,” Mr. Ramsay added in an accompanying statement.

can you trade FX on iex??