At the beginning of 2018, plenty of analysts predicted that 2018 would hold Bitcoin’s really big boom, a skyrocket in valuation that would make the 2017 rise look like peanuts. Mike Novogratz said that Bitcoin could “easily” reach $40,000 by the end of 2018; crypto portfolio manager Jeet Singh said just last week at the World Economic Forum that Bitcoin could still reach $50,000 this year.

John McAfee made a similarly bullish prediction, although his vision for major growth in Bitcoin valuation extends to 2020.

For as many analysts, fund managers, and other financial bigwigs that predict that Bitcoin could reach the tens of thousands by the end of the year, there are two dozen more who say the opposite. Even Mike Novogratz reeled in his optimism. On October 3, he publicly said that BTC wouldn’t top $9000 by the end of the year. Well, he wasn’t wrong.

Bitcoin’s stagnancy throughout 2018 took a serious blow earlier this month when it fell below $4500, a low that hasn’t been reached in over a year.

According to some, things are going to get even worse. Renowned analyst and researcher Willy Woo predicts that Bitcoin won’t truly bottom out until the second quarter of 2019.

Woo’s calculations are based on a number of indicators created by Woo himself. “This last reading of our blockchain and macro market indicators is still in play. What has changed is that NVTS has now broken its support, typically a sell signal,” Woo explained in regard to the bearish trend.

NVTS is “a derivative of NVT Ratio by Dimitry Kalichkin which provides more emphasis on predictive signaling ahead of price peaks,” Woo explained on his website. NVT, or Network Valuation divided by Transaction value, is a valuation indicator created by Woo that measures Bitcoin’s valuation in relation to blockchain activity.

This last reading of our blockchain and macro market indicators is still in play… https://t.co/PhWSk6aJu3

“All our blockchain indicators remain bearish. NVT, NVTS, MVRV, BNM, NVM. They are experimental but have served to make very correct calls to date, even when traditional on-exchange indicators were reading to the contrary,” Woo said.

However, charts produced by the NVT indicator show that things could significantly improve by the end of next year. 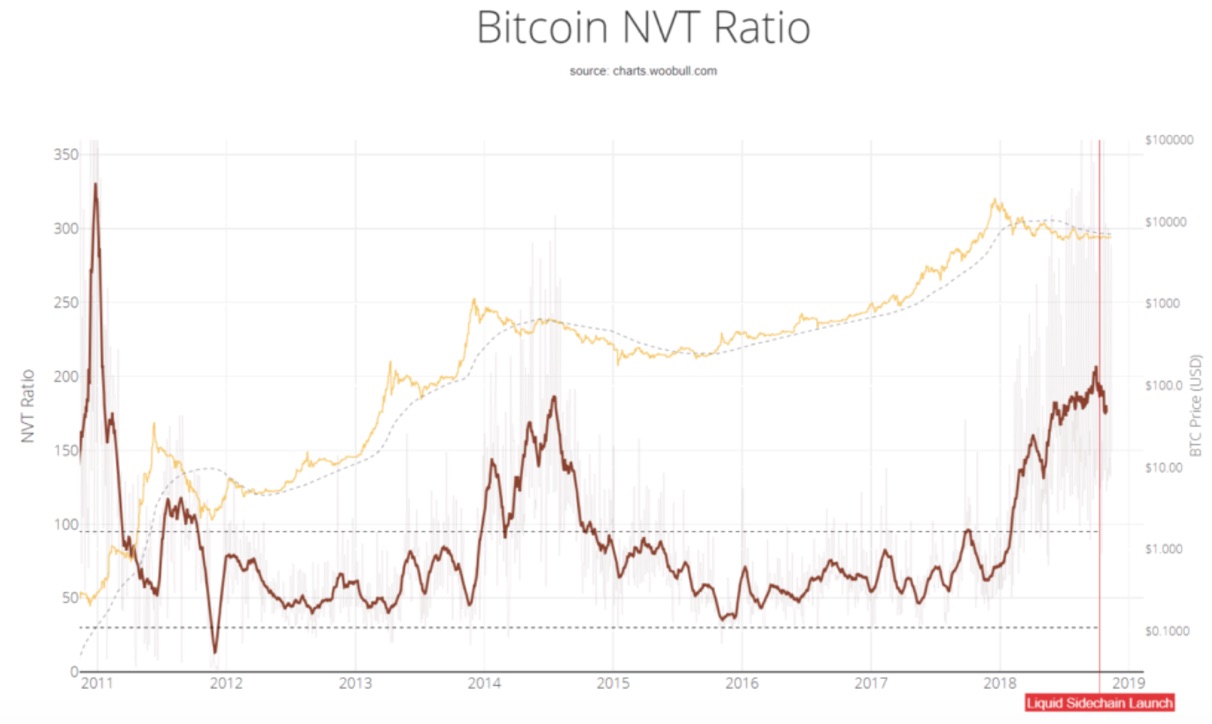 Other Evidence Supports a Bullish Future, but a Few Important Factors May Have Been Unaccounted For

Bitcoin bull Tom Lee also predicts upward motion in 2019 for Bitcoin, although his predictions are far more speculative than Woo’s. Lee predicts that Bitcoin will rise to $15,000 over the course of the next year, although he originally stated that he thought Bitcoin would reach $25,000 by the end of next year.

Earlier this year, Fundstrat published a report stating that Bitcoin could reach as high as $64,000 by the end of next year. Their predictions were calculated based on Bitcoin mining costs. However, their calculations assumed that demand for Bitcoin would remain at a consistent level throughout the year. 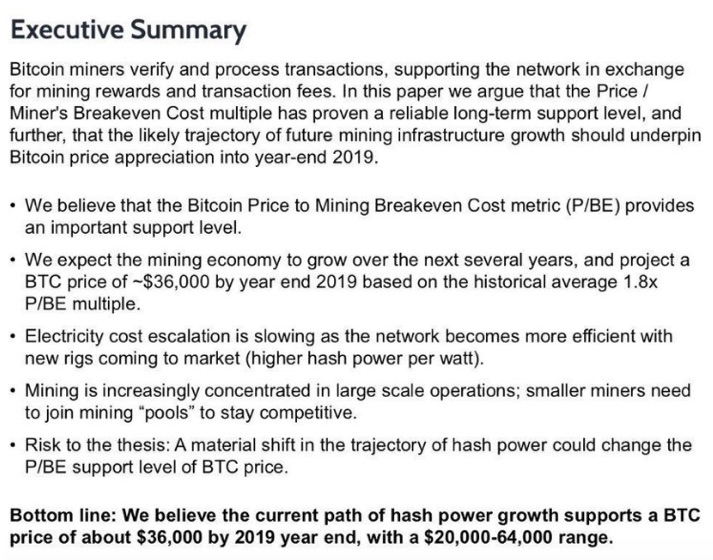 What Could Affect the Price of Bitcoin?

Bitcoin may be positively affected by the acceptance of an application for a Bitcoin ETF. A growing number of applications for a BTC ETF have been submitted to and denied by the SEC, but there is some evidence that the Commission is slowly starting to warm to the idea.

The price of BTC is also being affected by the groups of users that flow in and out of the market. Throughout 2018, a shift away from retail investors and toward institutional investors has taken place. This contributed to the stagnation of the price of Bitcoin throughout the year. If institutional investors continue to grow their interest in Bitcoin, it could benefit the price; if however, they should lose interest, the price may suffer greatly.

At the same time, a growing number of retail investors in developing countries are adopting BTC as a means of storing value. Residents of countries with volatile fiat currencies, such as Zimbabwe and Venezuela, increasingly turn to BTC as a method of transacting and protecting their savings.

Although Bitcoin is the world’s largest cryptocurrency by marketcap, it is also one of the slower and more expensive cryptocurrency networks and is therefore impractical for use in everyday transactions. If a second-layer solution that would make Bitcoin a more practical means of transacting were to be successfully implemented (i.e., the Lightning Network), the price of Bitcoin could be seriously affected.

Although the future of the price of Bitcoin is uncertain, what is certain is that the role that Bitcoin plays in the global economy will likely be quite different in a year than it is today. What are your predictions?

At the moment, the trader can earn on the movement of bitcoin. And also wait for the moment of a greater fall, and start buying bitcoin at a bargain price, as in the future portend its growth.

According to Ruben Watson from InstaForex Group, “The decline in a number of cryptocurrencies and altcoins, as well as the bitcoin exchange rate in the area of 4,000 USD, everyone experiences in their own way. For example, yesterday the head of the largest cryptocurrency exchange Binance, Changpang Zhao said that despite the fall of the market and the decline in prices of all major cryptocurrencies, bitcoin will remain on the market. In his opinion, cryptocurrencies are the future, and the current decline is only a speculative maneuver resorted to by major institutional players trying to manipulate the market.”

2019 will be the last year of bear market. We will several sudden drops, like today (which are best shots for short term traders). I expect we will see on some moment price to fall below $3000. Perfect market to buy BTC and HODL

There is a finite supply of Bitcoin and it has been said that the last bitcoin will be mined by year 2140 acccording to Satoshi Nakamoto himself. Join Bitrearer; one of the largest cryptocurrency cloud mining and investment pools and get to buy some hashpower to start mining bitcoin and other supported altcoins daily. Sign up and start building your crypto passive income portfolio today with the option of compounding your daily profits