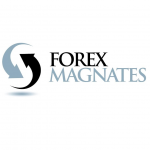 We’ve reached August, and the summer is in full blast in major market centers. We’ll soon be seeing how the heat and vacations affected July volumes with upcoming issuing of monthly trading reports over the next few days. But what about news? The answer is that July still saw a bubbling of activity taking place and we haven’t hit the summer doldrums just yet in terms of headlines. The month was filled with a steady release of new products and announcements. Nothing of the ‘earth shattering’ type, but still a strong stream of headlines were found in the forex industry during July. Among them Plus500 successfully raised $75 million and client profitability of US traders was reported at 35%.

Volumes and earnings strong: We don’t know what July volumes were like, but during the past month, brokers and trading venues reported strong volumes and records. Among firms reporting records were GMO Click and DMM Securities which both saw volumes top $1 trillion for the month. Also, records were seen at FXall, FXCM, and the Moscow Exchange. In addition, a slate of firms issued their Q2 earnings figures during July. With the exception of Tradition, the overall tone was positive due to the rebound in volumes during 2013. Leading the optimism was earnings growth from IG Group, SwissQuote, and Thomson Reuters.

ASIC in demand: While June saw firms expanding their businesses with the opening of London offices, July was the month of Australia. During the month, Japanese broker Invast Securities launched its ASIC regulated subsidiary, while fellow DMM FX made plans to do so as well. In addition, facing new rules from the NFA, Advanced Markets swapped its US regulation for that of ASIC.

The emergence of SEFs: With Dodd-Frank rules taking effect, it has led to firms creating plans to launch Swap Execution Facilities (SEFs) as parts of the swap market gets ready to move to exchange platforms from OTC. As a result, multiple firms registered with the CFTC to become SEFs, including GFI, TerraExchange, StateStreet and TradeWeb, with Bloomberg’s request being approved yesterday.

Regulations: As usual, the month featured its share of regulatory news. Among the surprises was an announcement from CySec that 17 firms had been granted licenses during the past six months. The figures were way above 2012 figures and occurred even as Cyprus was hit with a banking crisis. In the US, FXDD made the headlines as the NFA fined its former CFO $75,000. Also in the US, the SEC brought charges against bitcoin Ponzi scheme operator, Pirateat40, showing the anonymous currency still leaves tracks. Elsewhere, ASIC shut down Apex Derivatives for failing to hold proper capital requirements. Also during the month, a new forex resolution committee, the Forex Commission was launched.

Japan and binary options: During July, Forex Magnates held its inaugural Forex Summit in Tokyo. Taking advantage of the unique event, multiple binary options providers launched new platforms that were compliant with stricter rules being set to be enforced soon in the country. The platform changes also coincided with firms adding new features such as algorithmic trading and social features.

New products launched during the quarter: