North American multi-asset financial institution and securities clearing company State Street has today published the outcomes of its research into the readiness of buy-side companies for the newly introduced regulatory requirement for swap execution facilities (SEFs).

Central clearing regulations under the Title VI section of the Dodd-Frank Wall Street Reform Act have this year provided all market participants with the sizeable task of ensuring that all of their methodology for clearing between firms and counterparties are compliant from procedural and technological viewpoints.

State Street has so far published three reports on the procedure surrounding the clearing of derivatives, with the intention of exploring regulatory reform, buy-side readiness and in the latest example, what the company describes as the clearing revolution. 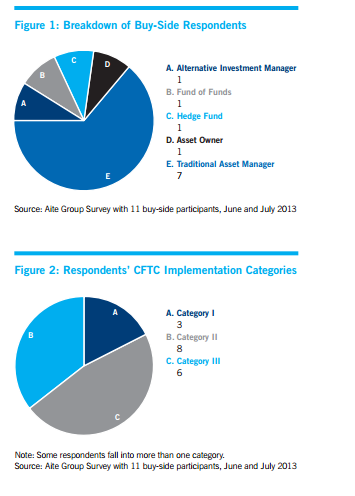 Certainly, since the introduction of the ruling on SEFs in May this year, a number of corporations which are well versed in the complexities and requirements of operating in the United States have experienced a degree of confusion as to the required responsibilities of each component involved in transacting deals.

At the beginning of July, the US Commodity Futures Trading Commission removed the FX asset class from IntercontinentalExchange’s trade vault, indicating that the regulators also carry their fair share of question marks and that the jury is still out on the exact responsibilities that will be foist upon the various segments of the industry as a whole with regard to SEFs, not least a conclusive definition over the exact timescales that the final rulings will be set in place, and full clarity of what will be expected from the FX industry as there is currently no trade confirmation service for FX, and despite the CFTC issuing a full and detailed set of instructions earlier this year which categorize swaps and require SEFs to be established, there is still a large amount of ambiguity from all sides, including among the regulators themselves.

State Street’s findings controversially allege that buy-side firms in general are unprepared for new trading mechanisms, costs and implementation of related changes, and that such companies need to look for established sell-side firms, custodians, administrators and other providers with an array of experience in offering proven infrastructure in order to gain the correct assistance in navigating the new OTC derivatives market.

Such regulatory changes are forcing the standardization and automation of the entire process, which should improve firms’ internal operations and STP rates in the long term, however it is State Street’s opinion that buy-side firms are confused by the sheer number of swap data repositories that exist as well as the actual operational process of using them.

The Race To Readiness

In the report, State Street demonstrates from data collected from various institutional firms and executing venues such as Chicago Mercantile Exchange and Aite Group relating to a variety of assets that firms have made significant changes and continue to overhaul technology and operations to meet market needs in this new OTC derivatives regime and that the liquidity moves to futures, then the effort and cost to authorities and companies of setting out this procedure could amount to nothing.

Furthermore, State Street filed registration documents with the CFTC today for SwapExSM to become a multi-asset SEF. This submission establishes State Street as one of the initial entrants into this market, and has ensured that it is among the first wave of applications to be reviewed for approval.

One of the first companies off the starting blocks was Integral Development Corporation, which just one day after the public meeting held on May 16 on the SEF rulings, the company announced that it was ready to provide its customers with a Swap Execution Facility (SEF) in time to meet stated deadlines set by the CFTC as a direct result of the decision during the meeting by the CFTC on ‘Final Rulemaking Regarding Core Principles and Other Requirements for SEFs.’

Ensuring that a good compliance officer is on board is one of State Street’s recommended practices in the report, citing that paying for experience is worth the outlay in the long run, and making an early start on documentation is also good practice, as it is central to bureaucratic procedures and live trades which fall under the regulations cannot be pushed through in the way that test trades can.

Testing is critical as a cost saving procedure, and State Street recommends that all APIs are in place from initiation, to Futures Commission Merchant (FCM) to clearinghouse prior to embarking on the testing procedure.

As the deadline for SEF compliance fast approaches, with temporary registration expected to take place in August, and for the required market participants to execute the most liquid swaps on SEFs around December this year, the report found that the creation of SEFs has the potential to transform OTC markets by introducing more standardized work flows, lowered barriers to participation that will result in higher liquidity, competition and aggregation, and a much greater degree of automation of key interal processes.

Last month, Forex Magnates reported on a panel discussion in London during which senior executives from the industry’s major institutional firms discussed the responsibility of CCP clearing, among other aspects, in relation to the Dodd-Frank Act.

During the discussion, Gavin Wells, CEO of ForexClear explained that “if you are revealing large trades to a public environment it is important to take into account methods of proper calibration. Bringing in a calibrated system over time is the way to go. There has already been some loss of the data being made transparent, and migrating steadily will mitigate the risk of lost data”.

Nick Solinger, CO at Traiana then demonstrated his concern over potential latency in closing orders caused by reporting obligations: “If you trade on Reuters or EBS, your trade is done at the point of execution; therefore we have to ensure the process of clearing relationships doesn’t make us take a step backward, and take up time on the pre-trade side, yet still ensure it complies. There is still work to do to closing the gap. An order gets approved, sits on the book for 2 hours, this gap must be closed.”

Evidently, there was and still is, a lot to discuss between firms and regulatory authorities.

James Kemp, Managing Director of the Global FX Division at the Global Financial Markets Association (GFMA) had a question to ask on this matter. The question he posed to the panel was: “What is surprising about the rulings surrounding SEFs is that there are only 2 regimes looking at execution requirements, which are the US and Europe under the Dodd-Frank Act and MiFID rulings. How is this going to relate to trading globally in these products?”

In this respect, State Street’s report defines that the Dodd-Frank Title VII principle change is to move OTC derivatives trading from a bilateral, self-cleared model to a central counterparty (CCP)-cleared model, intentionally centralizing risk management among a few CCPs.

Market participants will now be able to trade anonymously because the CCP takes the other side of each trade. Within the SEF model, execution migrates to either the request for quote model between disclosed or undisclosed buyers and sellers with trades essentially novated to the CCP post-execution, or on an exchange-like model where the trades are then directly cleared on the CCP.

Respondents to State Street’s survey were posed the question “What do you think will be the likely impact on your OTC trading as a result of mandated SEF execution?”

Three of the respondents said that they were looking forward to better pricing and liquidity, two mentioned possible access to more market venues, and one expected more electronic trading.

Conversely, whilst one expected more electronic trading, another predicted that trading of CDS at the firm which he represented would go away altogether due to cost.

State Street conducted research into collateral management, and detailed a host of matters on which firms should be well versed in order to remain efficient as well as compliant, and concluded the report by re-iterating the importance of effective work practices in following the readiness procedures as the deadline for compliance in North America approaches this year, followed by EMIR in March 2014. 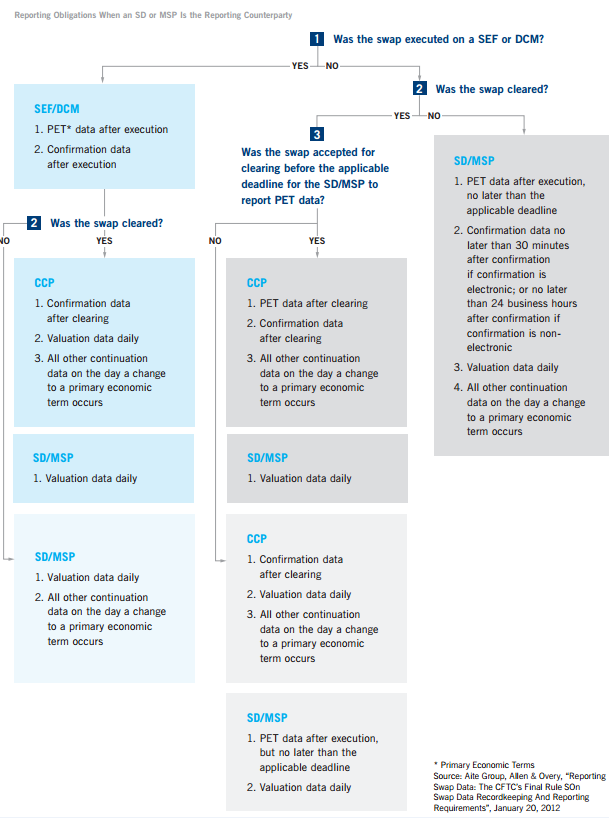