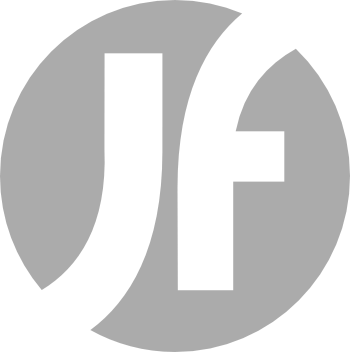 Geneva-headquartered Dukascopy Bank SA, the Swiss Bank operating as a Forex broker to retail and institutional clients, is preparing major changes to the JForex platform, upgrading it to version 4.

The news followed a day after Dukascopy announced a new office in Zürich on March 25th 2014, and this release was made available to developers in a beta version with a current revision version 4.06.01 (as of today), via the company’s Forum, and expected to be live in comings months.

According to people close to the development, the major changes include the revamped infrastructure that makes it a next generation style upgrade (when compared to current version 2.9), while at the same time the customer usage experience was kept in mind so that the transition could be smooth.

For example, certain changes were made to navigation, while the cosmetic appearances also were revised, yet the prior look of the platform was maintained, however the bank hopes clients will adapt to the new additions, as they will be in fact different. Another key change is the addition of a CFD feed, and the new version of the API and platform which will be forward-compatible with prior generation versions – such as automated trading strategies on the current live version of the platform.

Build Your Own Platform From Widgets

A significant change to the JForex 4 platform is the docking feature of platform components. These components are called widgets and enable users to design their own layout – by selecting these widgets and docking them to the platform layout.

Finally, the widgets aspect of the platform opens the door to developers to create 3rd-party widget plugins, as this will allow users to add this custom-widgets to the platform via the plugin feature.

Not For Live Accounts Yet, As Development Goes Through Beta Stage

Apparently the beta-version was released weeks ago on the JForex forum, as discussed above, with subsequent revisions of bug fixes, improvements, and new additional features added by the bank’s own IT team. However, the new beta-version is not enabled yet for live trading since it is still  -as the name implies in “beta-mode.” This critical period enables 3rd party developers, and users, to provide feedback,  while Dukascopy’s own developers continually tweak the technology.

Since then, the documented changes across these three areas (bugfixes, improvements, and new features) have been recorded as per our review of the beta-version which is expected to launch fully in the next 2-3 months, according to sources.

An excerpt of the most recent new additional features as recorded on the platform revision change-log provides clients a comparison of differences between revisions, such as the graphic to the right as seen from the latest revision of the beta version.

Key Platform for Dukascopy’s White Label Offering to other Intermediaries

The JForex platform is used by a number of retail forex brokers. Forex Magnates reporters met with some of the white-label clients of Dukascopy last month at the Geneva Forex Event, and subsequently interviewed them on Dukascopy TV.

The JForex platform must have had its success from that perspective with the bank investing more into its development, in order to cater to its own retail clients, as well as those belonging to its white-labels. Dukascopy Bank CEO Alain Broyon also recently spoke regarding his company’s developments, in our last interview with him in Geneva.

For now, clients will have to fare with the latest version of the fully-launched product, which is version 2.9.7.1, and with version 3, and subsequent revisions to follow, as anticipation builds until the company is ready to go live with version 4 which could still be months away.

Share this article
Tags: Dukascopy / jforex
Got a news tip? Let Us Know

Are there millisecond timestamps in the journal/trade/account history logs?