FX trading is back in fashion as all major ECNs report a strong pick up in trading volumes during September. This will come as a rather surprising relief for companies whose profits derive from trading volumes, after August has proven to be a seasonal slowdown.

The foreign exchange ECN of BATS Global Markets has marked perhaps the most impressive rebound in absolute terms in September, with the trading volume increasing by about 19.5 percent month over month from $520.5 billion to $621.8 billion – over a $100 billion growth in nominal terms. Looking at the year-on-year comparison, the figure is still impressive, up by 8 per cent from September 2015’s $575.9 billion.

When comparing the average daily volumes (ADV) metrics the improvement is even more pronounced over August, marking just over 25 per cent from $22.6 billion to $28.3 billion daily. This is despite the fact that Hotspot numbers are typically less volatile when compared to its peers. 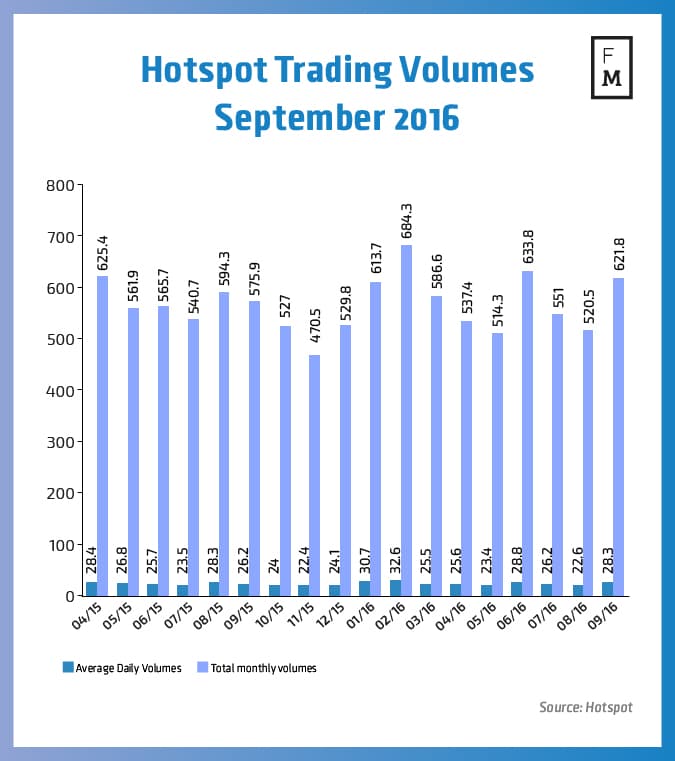 GAIN Capital’s GTX has been performing steadily throughout the year and is back to levels around January’s performance with the ECN volume for September reaching $186.3 billion – up a whopping 24.2 percent from August’s total of $150 billion.

Just like with BATS Hotspot, looking at the average daily volumes (ADV) metrics the improvement at GTX was even more pronounced when compared to August, marking over 30.7 per cent from $6.5 billion to $8.5 billion daily. The ADV growth is almost the same level when looking at it year by year as GTX reported only $6.6 billion in September 2015. 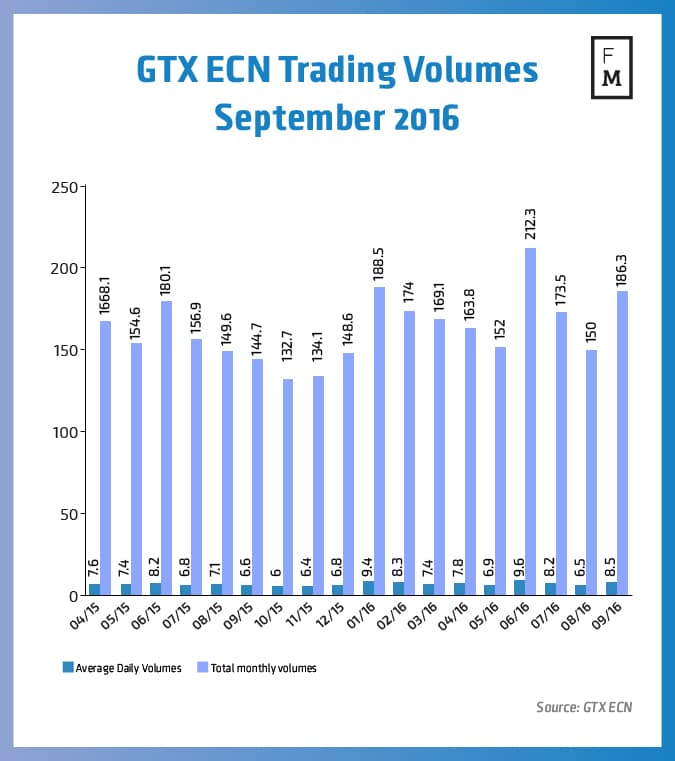 Over at Fastmatch trading volumes have increased by about 27.4 per cent on a nominal basis from August’s $236.4 billion to $301.1 billion in September 2016. The figure is also much higher when examined on a year-on-year basis, growing by about 75 per cent from Fastmatch’s performance in September 2015.

Looking at average daily volumes, the monthly increase has been more pronounced in September yielding an average of $13.7 billion daily, a figure which is up by 33 per cent when compared to August. 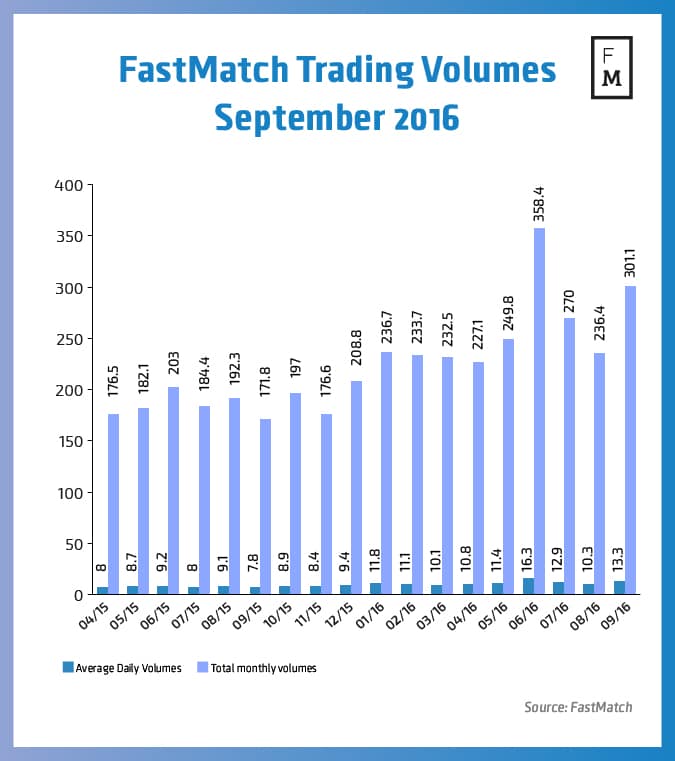 During the month of September 2016, FXSpotStream reported an average daily volume (ADV) of $15.4 billion, which represented a jump of 24.3% MoM from $12.4 billion back in August 2016, which had represented a 2016 low for the venue. With volatility returning to markets, volumes were given a welcome boost, which were reflected in the September figures. In addition, the latest figures in September 2016 also reflect slight decline of -4.7% YoY from September 2015.