Intercontinental Exchange (NYSE: ICE), a global network of exchanges and clearing houses, has reported its volumes for the month ending October 2015, according to a recently released ICE statement.

ICE’s foreign exchange (FX) and credit volumes were also unable to orchestrate any strong performance in October 2015 – an ADV of 33,000 contracts in October represented a plunge of -37.8% MoM from 53,000 contracts per day in September 2015. 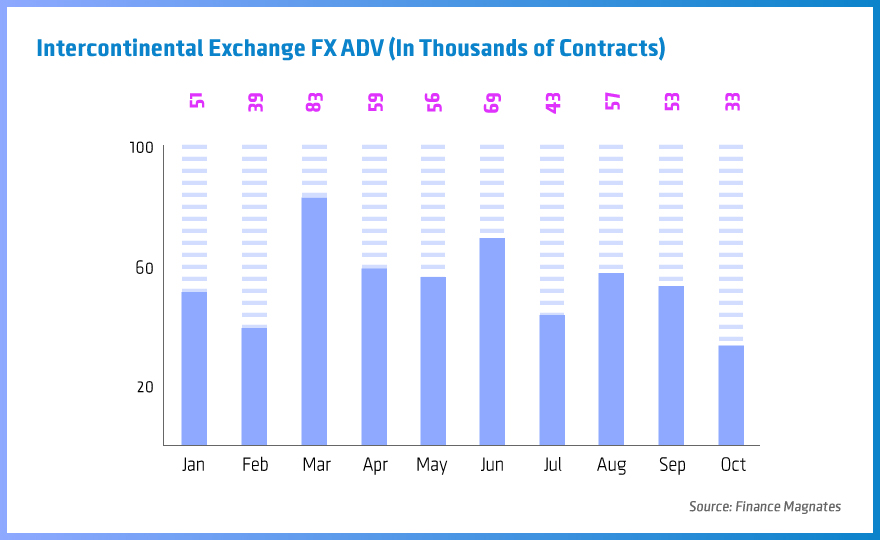