Intercontinental Exchange (NYSE:ICE), a global network of exchanges and clearing houses, has reported financial results for Q3 2015 ending September 30, 2015, according to an ICE statement. 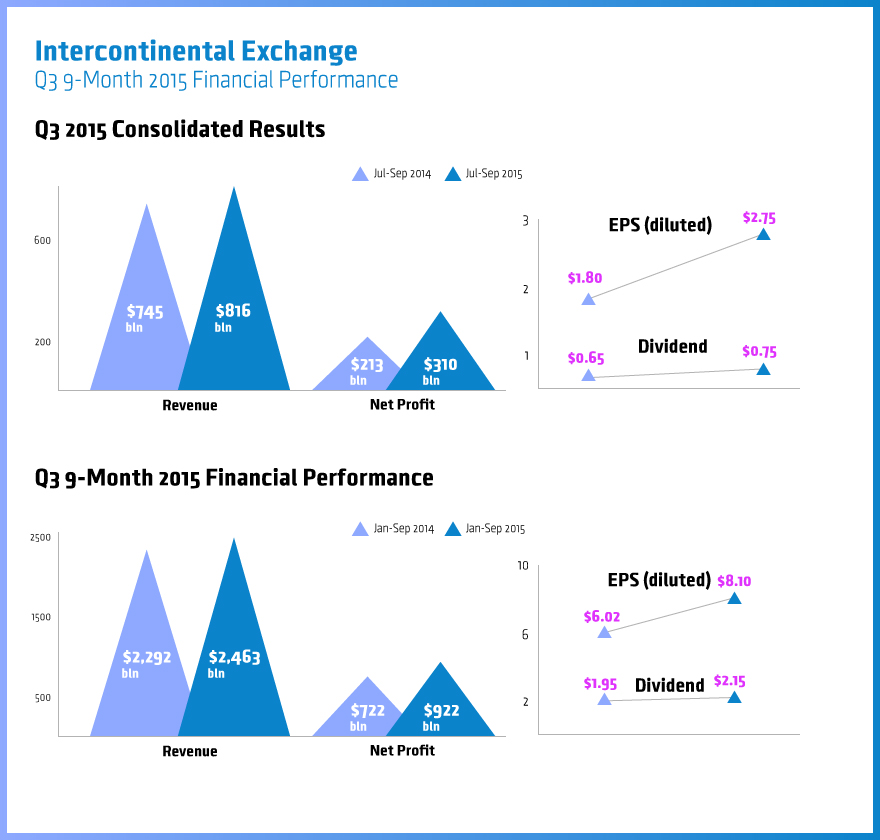 According to ICE Chairman and CEO Jeffrey C. Sprecher in a recent statement on the quarterly earnings: “Our third quarter performance represents our fourth consecutive quarter of double-digit earnings growth. This was driven by strong performance in our commodities, cash equities, data services and listings businesses. Our focus on our customers and on our strategic objectives is providing near-term and long-term growth across all of our businesses.”

“We drove growth through a range of organic initiatives, while continuing to reduce expenses and expand operating margins. We also generated strong cash flow and maintained a strong balance sheet with low leverage which enabled us to return $847 million to shareholders through dividends and share repurchases during the first nine months of the year,” added Scott A. Hill, ICE CFO.

Earlier this week, ICE formalized its plans to acquire Interactive Data Corporation in a move valued at approximately $5.2 billion. The landmark acquisition will help ICE assimilate with Interactive Data’s financial data capabilities, which serves a variety of sectors, including mutual funds, banks, asset managements, hedge funds, and securities, among others.