The Financial Conduct Authority (FCA) has banned Anthony Verrier, a former senior executive at fx brokerage BGC Partners Inc. from participating in financial services for his misconduct following an abrupt exit from Tullet Prebon, according to an FCA statement.

The genesis of Verrier’s unlawful behavior began after he had quit Tullet Prebon, a leading broker dealing with a variety of asset classes including fx, equities and commodities. Verrier had reportedly conducted a campaign to poach clients from Tullet Prebon after joining rival brokerage BGC partners – a move that had drawn the attention of the FCA since May 2012.

According to a court appeal released by the FCA in Tullet Prebon vs. BGC Brokers, “Verrier was found to have participated in an unlawful means conspiracy, the unlawful means including the inducement of the broker defendants to breach their contracts of employment with Tullett by leaving early without lawful justification.” 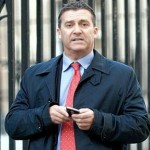 “Verrier held a senior position within the financial services industry. He should have been a role model for others. The judge’s findings about his conduct made it clear he fell far short of that. Trust will not be restored in financial services unless professionals within it can be relied upon to act with integrity. Where we have evidence of failures to do so, in whatever context this occurs, the FCA will take action accordingly,” added Tracey McDermott, Director of Enforcement and Financial Crime at the FCA,

The verdict obviously vindicates Tullet Prebon, the target of Verrier’s unlawful behavior. Indeed, the brokerage has been a model of transparency in the fx industry, recently receiving a CFTC approval as an SEF.