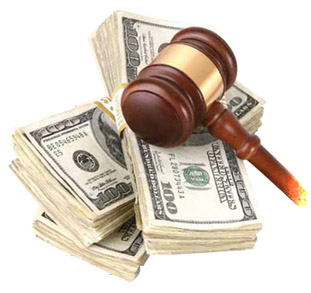 A single mother in her 50’s has been jailed by Shah Alam Sessions Court in Malaysia for trading in spot FX as a fund manager as reported in the Daily Star. The mother, who is named as Norhuda Mahat was charged by the courts and sentenced to one year in prison after she was found guilty on three counts of fraud and deception. Ms Mahat deceived Datuk M. Azmi Md Amin, into believing that she was an investment manager with Swiss based MIG Bank and was approved by the country’s central bank, Bank Negara. Mr Amin suffered losses resulting to 1.2 million Malaysian ringgit (US $377,000).

Malaysia was one of the FX boomers in the latter stage of the last decade, Forex Magnates believes there are up to 1 million Malaysians who have shown an interest in FX either through; attending a training course, or applying for a live and/or demo account during the last six years. Investors were flocking to FX like hot cakes with training classes taking place across major cities. Jacky (does not want to disclose his full name), owner of MewaGold an individual trader with InstaForex spoke about the rapid popularity of FX in Malaysia, he said: “Forex trading was initially promoted as a ‘get rich quick scheme’ however after a short while investors realised that it was a tough market to actually make funds in, in its peak there were hundreds of introducers promoting services of international FX brokers.”

Malaysia’s central bank, Bank Negara, has been pursuing spot FX after a surge in complaints were made to the regulator by loss making traders, in 2008 the authorities made a series of raids on firms that were mis-selling FX, some firms were claiming that they offered training and recruitment consulting but were actually selling FX as IBs or money managers. Bank Negara made a specific announcement in January 2009 where it outlawed individual investors from transferring funds to overseas counterparties for trading in FX.

On a statement on the banks website, investors are warned about illegal investment schemes involving the buying and selling of foreign exchange: “Members of the public are cautioned to be on guard against some investment schemes promoted on the internet as these schemes are not licensed or authorized by Bank Negara Malaysia to accept deposits or deal in foreign currency. Such schemes often come in the guise of attractive investment returns or opportunities involving unrealistic rates of returns with zero to low risk.”

Malaysian law enforcers are not shy when it comes to reprimanding individuals in relation to FX, in 2010 a businesswoman was sentenced to seven years prison and fined $1.5 million.

The latest sentence shows that the Malaysian authorities are keen to enforce their powers and ensure people promoting financial services are only dealing in regulated products. Norman Rahman, a Malaysian financial markets education provider said in a comment to Forex Magnates: “The regulators should address the needs of investors, with FX you can trade 24/5 on advanced platforms, in the local markets we are still far behind.”

what is malaysia doing to make retail trading accessible to malaysian residents…..locally or with overseas firms?

sounds like malay govt want to spook population away from retail fx altogether.