In the midst of a lingering probe into the manipulation of forex and benchmark rates, the beleaguered Royal Bank of Scotland (RBS) announced today the cessation of orders for a number of currency fixings, according to a company statement.

Cessation of Forex Services Only in Select Areas

Benchmark forex rates, also known as daily fixings, have long been a mechanism used in financial markets and by some of the world’s largest banks. In a multi-trillion dollar a year industry, foreign exchange forms the backbone of financial transactions. However, the decision to drop these services was not unilateral in nature, as the company indicated a continuation of daily market fixings in the United States, Europe and select emerging markets. According to RBS, this initiative was done to better bridge the needs of RBS and its client constituency.

Not surprisingly, the move comes on the heels of an investigation into the tinkering of these rates, bordering on historic proportions. Indeed, RBS has been the subject of numerous headlines and sanctioned fines dating back to last year for several violations unearthed by a regulatory probe. RBS has not released an immediate statement divulging the precise details of the dropping of services, however the move was made on accounts of an internal review of procedures at the company itself, done so in accordance with a parallel investigation by US and international regulators.

The ultimate goal of the investigation is to ascertain whether traders improperly utilized client order information to manipulate the currency fixes. The operative word here is ‘improperly’, as banks typically accept and process forex orders ahead of fixings, a move that by itself is strictly legal. This practice quickly becomes illegal however, when traders attempt to rig these rates by topping each other off via market-sensitive information, data and orders. 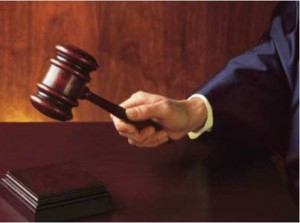 This development or announcement by RBS is the latest in a sea of moves that has gripped the global forex industry. Several other banks, including UBS, Deutsche Bank and Credit Suisse are all under similar investigations, with regulators placing their respective operations under the microscope. As such, a total of three probes are currently eying a number of leading banks, consequently culminating in a series of resignations, firings and suspensions of traders for fraudulent activity along with record fines.