The National Futures Association (NFA) yesterday issued Interactive Brokers with a fine of $300,000 for allowing an introducing broker to act as a de facto Futures Commission Merchant (FCM), which is a violation of NFA Bylaw 1101 as well as a contravention of NFA Compliance Rule 2-4.

The issuance of the fiscal penalty by the US regulator was brought about as a result of two complaints which were made to the NFA on February 18, 2012 and July 5, 2013 respectively.

This is not the first time that this particular company has been responsible for putting right a introducer-related misgiving, a previous complaint having been filed by the NFA itself in November 2012 which charged Interactive Brokers with doing business with unregistered commodity pool operators, which is illegal on the basis that all commodity pool operators are required to be registered with the Commodity Futures Trading Committee (CFTC).

Previously, a similar complaint was settled by Interactive Brokers for $125,000, however the complaint issued in November is still outstanding and could amount to the authorities relieving the company of up to $500,000. 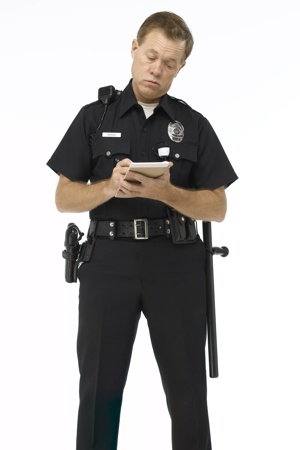 The 2013 Complaint alleged that Interactive violated NFA Financial Requirements Section 4 by failing to ensure balances held in a customer secured amount account–identified under Commodity Futures Trading Commission Regulation 30.7–were reported in the form and manner prescribed by NFA.

In addition to agreeing to pay a fine of $300,000, Interactive agreed to adopt and implement enhanced written procedures to ensure compliance with NFA Bylaw 1101.

Also, the firm agreed to undertake a review of its open futures and retail forex accounts to determine whether the company’s operations are in full compliance with NFA Bylaw 1101 with respect to the account holders of all accounts opened prior to the date of Interactive Brokers’ settlement offer and take prompt and appropriate action in those instances where the firm finds that it did not fully comply with the requirement of NFA Bylaw 1101.

When asked by the NFA to make an official statement, Interactive brokers neither admitted nor denied the allegations.

Interactive Brokers today issued a statement on the matter, and settled the penalty with the NFA to the sum of the full amount of $300,000.

Interactive Brokers General Counsel David Battan stated: “Because of our global best execution platform and low cost, our client base of hedge funds has been growing very rapidly over the past several years. We have committed to NFA to assist the hedge funds that use our platform to make sure that they are properly registered or exempt from registration.”

The settlement also covered an administrative error regarding reporting of futures brokers’ bank accounts to NFA.

Earlier this year a new NFA rule went into effect requiring futures commission merchants electronically to report the balances of their segregated accounts containing customer funds to a third party vendor, which then provides such information to NFA.

Because of a temporary administrative error in implementing the new rule, a single, newly-opened bank account used by Interactive Brokers was not reported to NFA for several days. The account was otherwise completely in accordance with NFA requirements.