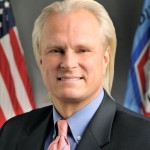 Bart Chilton announced on Tuesday, November 5th, that he will be leaving his position as the Commissioner of the Commodity Futures Trading Commission (CFTC).

The Commissioner made what could be perceived as a surprising announcement in a speech during a CFTC Dodd-Frank Act meeting yesterday saying: “This will be my last Dodd-Frank meeting. Early this morning, I sent a letter to the President expressing my intent to leave the agency in the near future.”

Mr. Chilton has served as one of the five CFTC commissioners since August 2007, after having been nominated by U.S President G.W.Bush and was re-nominated by President Barack Obama in 2009.

During his tenure Mr. Chilton made a name for himself as a fierce regulator and an outspoken, yet colorful critic of commodities traders, as he once referred to high- frequency traders as cheetahs.  Some might even suggest that his strong commitment to protect consumers made him more of a populist than a public servant, this further demonstrated by Mr. Chilton’s publication of a book called Ponzimonium: How Scam Artists Are Ripping Off America.

The decision came as more of a surprise as it was announced at the same time as Mr. Chilton achieved what he believed to be the signal rule of his tenure as commissioner, passing a rule on speculative position limits, an issue he had been pursuing since 2008.

Mr. Chilton said during his speech that he had waited until this proposed rule got out the door, and now that the move is complete, he can leave the CFTC.

He concluded that, “It’s with incredible excitement and enthusiasm that I look forward to being able to move on to other endeavors.”  His actual plans for the future were not made public yet.