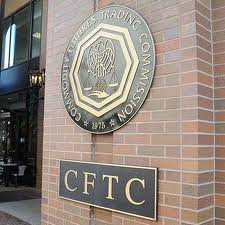 The US financial markets’ regulator, the Commodity Futures Trading Commission (CFTC) which is responsible for overseeing the futures markets and over the counter derivatives trading in the United States, has announced the departure of David Meister, the current Chief of Enforcement who will be leaving the organization by the end of the month, signaling the end of a successful 3 year tenure.

Mr. Meister, a former federal criminal prosecutor from New York, joined the CFTC as Director of Enforcement, a role which he was appointed to by CFTC Chairman Gary Gensler in 2010.

“David has brought energy, talent and experience to our critical mission to protect the public from fraud and abuse and ensure market integrity,” said CFTC Chairman Gary Gensler. “He is a tough but fair former federal prosecutor who will be missed by all at the CFTC. On a personal note, I will miss the remarkable partnership that he and I have had, but look forward to a lifelong friendship.”

“I am very pleased that such a talented attorney, not to mention fellow University of Pennsylvania alum, as Gretchen will take over as the head of our enforcement team,” said Chairman Gensler.

“She has deep enforcement experience and has been a real leader on the cases of most significance to our markets, including those related to the rigging of benchmark interest rates, such as LIBOR,” the chairman added.

Regarding his replacement,  Mr. Meister said in the announcement, “I am thrilled for the CFTC that my colleague Gretchen Lowe will be taking over for me upon my departure.  Having worked with her for nearly three years, I can attest to the fact that I am leaving the division in the hands of a gifted attorney with superior judgment, who has the respect of the staff, and who is strongly committed to executing the enforcement mission.”

In order to understand the drivers of Mr. Meister’s success at the CFTC, his career history prior to joining the agency is of significance. He held the post of criminal attorney in New York at the leading white-collar practice Skadden, Arps, Slate, Meagher & Flom LLP.

Before joining Skadden, Mr. Meister was a partner at Clifford Chance since 1998. He represented institutions and individuals in regulatory and criminal law enforcement matters and in complex civil litigation.

Mr. Meister served as an Assistant U.S. Attorney for the Southern District of New York from 1991 to 1994, where he was a member of the Securities and Commodities Fraud Unit. He has a BChE from the University of Delaware and a J.D. from Columbia Law School.

Clearly, his background as a criminal attorney in a white-collar practice such as Skadden, and previous role as prosecutor laid the groundwork which enabled him to see and understand both sides of the spectrum, both as regulator and regulated. This foundation attributed to his successful role at the CFTC which led to numerous and notable enforcements over a relatively short period of time.

Under Mr. Meister’s leadership, the CFTC’s Division of Enforcement has brought hundreds of charges concerning the commodities, futures, swaps and other derivatives markets against institutions and individuals on Wall Street and around the globe. These include the prosecution of charges against several global financial institutions for the manipulation of LIBOR that resulted in record CFTC penalties of just under $1.3 billion.

Mr. Meister has also streamlined the division’s investigations and management and established two squads of enforcement personnel. One squad focusing on manipulation & disruptive trading and the other on swaps enforcement.

In addition, under his leadership the division has brought charges of fraud, manipulation in the oil and metals markets, unlawful uses of customer funds, failures of supervision, deficient accounting and auditing, foreign exchange violations, false testimony and many other violations of the Commodity Exchange Act and Commission rules according to the CFTC.

Ms. Lowe, who will take over the role as acting Director of Enforcement has already had considerable time to become acquainted with the new methods of enforcement that Mr. Meister has made so visible to the industry from within the division.

She has in fact already been a major contributor to some of the notable cases described by Chairman Gensler above. Whether she will continue on the track record left behind by her predecessor, or institute a new approach as regulations evolve is something that industry members will be watching in coming months.

Yes, successful, because we’re talking about enforcement here (read: “punishment”), not about fraud prevention or detection. As a law enforcer (former prosecutor), I’d say he has punished (by prison, fines or revocation of licence) quite many.

@A “David has brought energy, talent and experience to our critical mission to protect the public from fraud and abuse and ensure market integrity,” said CFTC Chairman Gary Gensler.