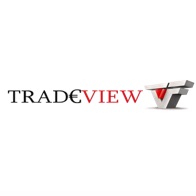 Friday’s aftermath of the CHF volatility has heralded a death knell for several brokers, while helping reshuffle the playing field for the rest – all the while Tradeview Markets has survived and emerged out of the crisis with an eye on expansion.

While the likes of FXCM and Alpari UK found themselves facing outright oblivion, Tradeview managed to avert catastrophe via the use of a well-diversified client book and a large number of clients residing in Latin America.

Much like Japan, the Latin American region has survived this as a microcosm of the FX industry, with minimal exposure to the CHF, relative to other tradable instruments. Furthermore, like many other successful firms, Tradeview employed the use of its comprehensive risk management systems, which further fortified the company.

According to Founder and CEO of Tradeview Markets in an exclusive statement to Forex Magnates, “We are proud to say we were able to calmly navigate the rough waters during yesterday’s Swiss storm.”

It will be interesting to see Tradeview’s next move, as unlike many other brokers they have actually emerged out of this industry-wide dilemma stronger than before. With huge swaths of business up for grabs the industry could be in for a facelift in the upcoming weeks, if not days.