Results of the January 2015 consumer survey conducted by Switzerland’s State Secretariat for Economic Affairs (SECO) show consumer confidence brought down by the decision of the Swiss National Bank (SNB) to remove the 1.20 floor on the CHF-euro exchange rate. Based on interviews conducted with a random sample of Swiss customers, until January 14 consumer sentiment slightly improved for the month. But interviews carried out from January 15 onwards showed a slight decline in the overall confidence index.

Larger differences were observed in specific answers making up the overall index. Answers involving expectations concerning future economic activity and future price development showed a noticeable decline in confidence. As well, there was a decline in confidence concerning job security and an increase in expected unemployment. 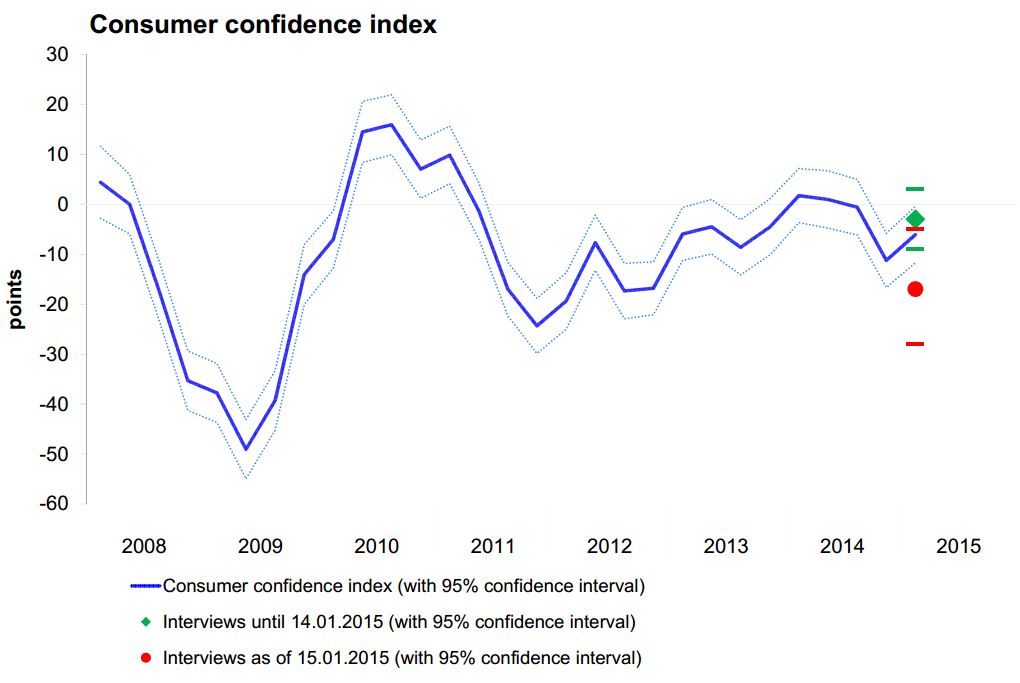 On the other hand, the events of mid-January didn’t seem to have an effect either on the perception of households’ financial situations or the current or future possibilities for savings.

Customers and companies making purchases across the border are certain to be enjoying the lower prices, but companies who, conversely, have customers outside of Switzerland are being burdened by the strong Swiss franc. In a separate statement, SECO said it was presently difficult to gauge the extent of a possible slowdown in economic activity. It will issue a new forecast on March 19.