MXT Global, a provider of forex trading technology and financial services in Australia, has announced the inclusion of the USD/CNY to its currency suite following accumulated demand and myriad requests from its clientele, according to a MXT company statement.

Sydney-based MXT Global is just the second broker in the region to offer exposure to the Chinese yuan (USD/CNY), following an earlier move by Australia’s largest broker, AxiTrader back in mid February. In addition to the new listing, MXT Global has also fortified its commodity offering via the inclusion of several precious metals vs. the Australian dollar (AUD), including palladium, platinum, gold, and silver. 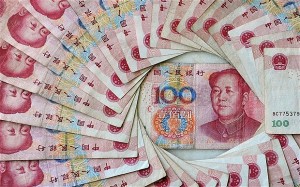 According to Xiawei Que, Manager Sales & Trading of MXT Global, in a recent statement on the offering, “With such a large amount of clientele from Australasia, we know these new products will be a welcome trading addition for them. We are responding to these requests from our clients and glad to be able to support their financial interests. Indeed, the currency offering is indicative of the pent up demand for Yuan trading that has gained interest in recent years, notably on the heels of indications out of China that it may opt to float its currency.

Commodity Pairs to Be Included in USD/CNY Offering

Despite its infancy on the Australian forex stage, the yuan has become a major force worldwide – according to a Bloomberg report in January, the currency ranks as the eighth most utilized currency by transaction. In addition to the new currency listing (USD/CNH), MXT Global is also tapping Australian demand for gold by offering tradable options vs. the AUD. The newest offerings include palladium (XPD/USD), platinum (XPT/USD), followed by spot gold and silver (XAU/AUD and XAG/AUD respectively).

MXT Global’s clients will not have to wait for this comprehensive service, as the company has granted immediate access to these new currency and commodity products via MXT’s MT4 platform, one of the industry’s most versatile and widely used options.

Interesting, had not heard of them but they’re under Vantage FX AFSL in Aus. New offshoot perhaps…

supposedly yes, but they are a bit cryptic about various features at the moment

supposedly yes, but they are a bit cryptic about various features at the moment

Interesting, had not heard of them but they’re under Vantage FX AFSL in Aus. New offshoot perhaps…