The monthly pickup in FX volumes can only in small part be explained by the fact that the number of trading days in February 2016 was 20, while January 2016 only had 19 full business days in Japan. This also cannot explain why the Daily Average Revenue Trades (DARTs) for the Monex Group were down slightly MoM, from 359,627 to 354,366. 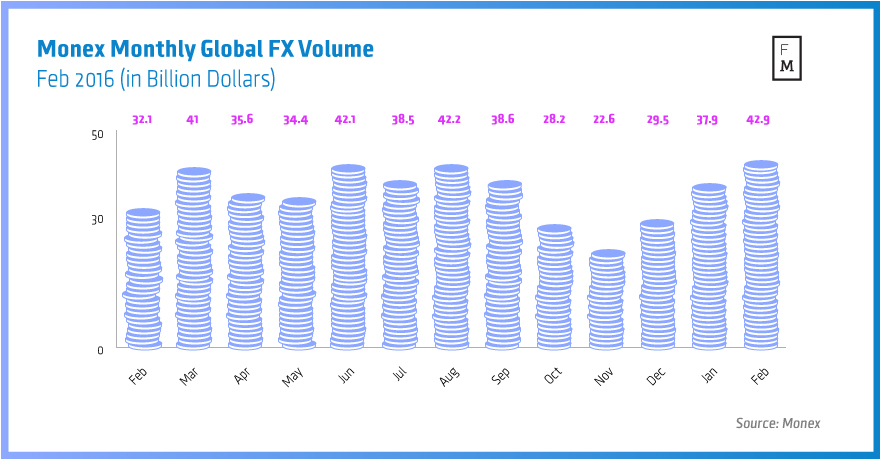 In contrast to the strong Japanese FX figures, the group’s American subsidiary, TradeStation, experienced a monthly decline in DARTs in February 2016, down from 145,099 to 138,033 per business day. Last week it was reported that TradeStation is exiting the retail foreign exchange business in the U.S. and clients will be transferred to OANDA. It was also revealed that OANDA additionally acquired the clients of IBFX in Australia.