The Monex Group has just released its monthly business metrics disclosure for January 2015, showing a second straight month of weaker results from the Japan-based global brokerage and its subsidiaries.

The group’s global FX trading volume in January 2015 was just $51 billion, a drop of about 5.4% but part of it can be explained by having two less business days compared with the previous month. It now seems the volumes are slowly going down each month after peaking at $55.4 billion in November 2014. 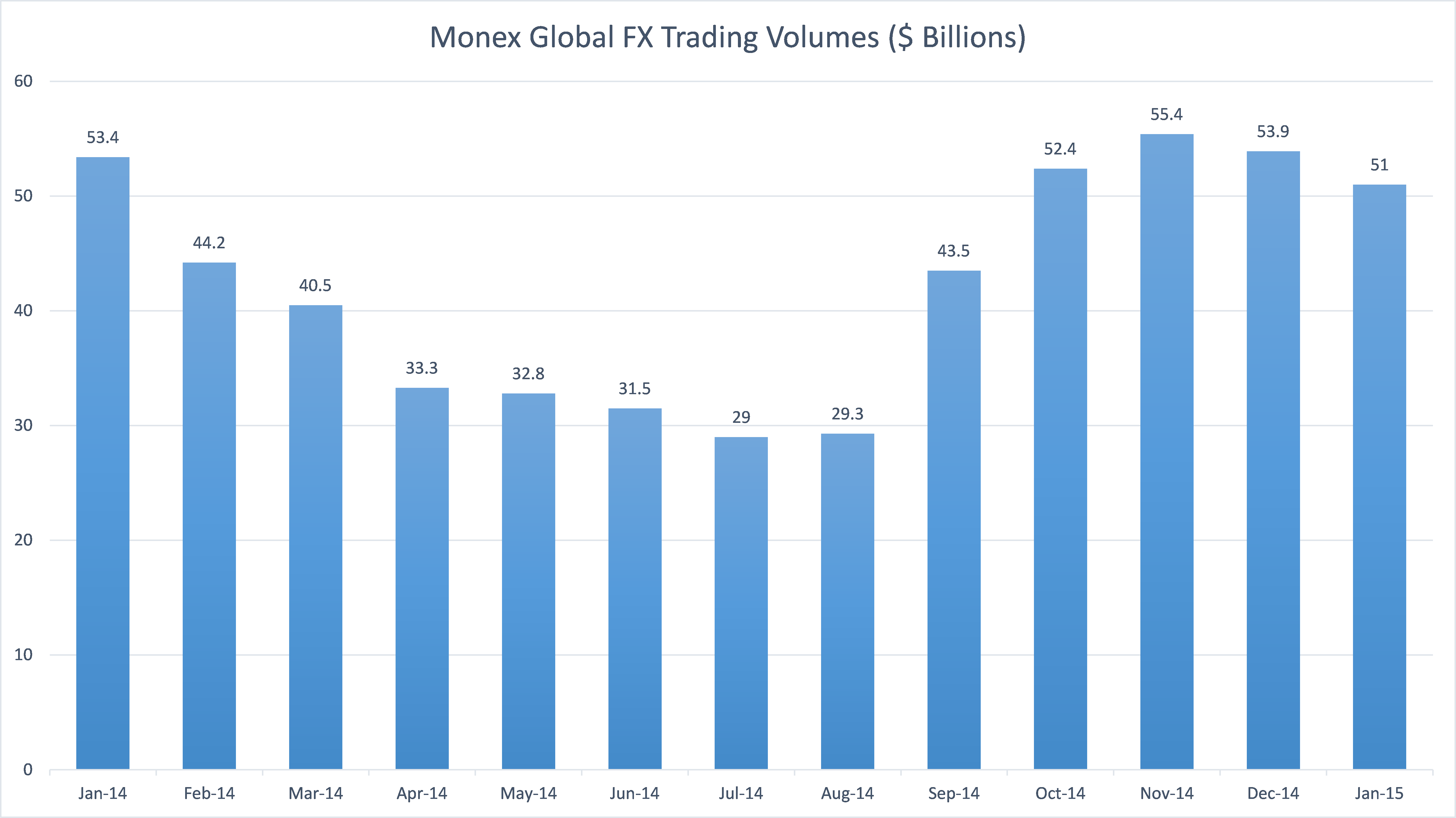 The total number of active OTC margin FX accounts at the end of the month of January 2015 was 63,169, just barely up by 0.14% from December. The average FX trade value per business day decreased by 1.4% Month-Over-Month to just ¥250,658 million, which partly explains the overall drop in the volumes combined with the fewer working days.

In contrast, Monex also experienced a 6.7% MoM rise in its global Daily Average Revenue Trades (DARTs), meaning the number of trades and transactions per day which generate revenue, reaching 359,501 per day in January 2015. The DARTs figure is worse for the group’s FX business dropping by about 0.4% MoM to 213,940.

The results of Monex’s American subsidiary, TradeStation, seem stagnant over the previous month’s figures, without must change except in the number of DARTs which rose by 19%.