According to the latest regulatory filings, interest in online retail forex broker has been further increased with JPMorgan Chase & Co (JPM) adding 3,184,358 shares to its holdings of online Forex broker Plus500 – which is listed on the London Stock Exchange under ticker symbol PLUS.

This share purchase brings JPM’s total to 7,824,770 shares or 6.81% of the Plus500 (and of voting rights it now commands). The company’s share price has been on a very bullish path, with a new record-high reached yesterday at 707 pence (or £7.07 GBP), following the above mentioned regulatory filings dated April 10th, and the transaction having been made between the 8th and 9th of this month.

Last month Forex Magnates reported when JPMorgan Chase & Co had made the initial purchase of 4,640,412 shares of plus500, through several of its subsidiaries. Most recently we covered Plus500’s latest quarterly results, which were stunning.

Looking at the banks latest annual report from 2013 we can see the interest that had been mentioned in electronic FX trading, when Daniel Pinto, CEO of Corporate & Investment Banking (CIB) at JPMorgan said, “We’ve seen significantly greater e-trading volume in both foreign exchange and equities since 2011, and we were the top-ranked bank by volume in U.S. Treasuries trading on electronic interdealer platforms in 2013.”

Shares of JPM on the NYSE traded down 3.16% around time that news surfaced an employee named Blythe Master who has been with the bank for 27 years is under investigation by the FBI in a matter related to potential Energy Markets manipulation that the bank had settled up with regulators last year. He is expected to leave the company in the coming months ahead of the planned sale of JP Morgan’s physical commodities business to Mercuria for $3.5 billion, according to reports today by Reuters related to that probe. At 8:30 AM EST today JPMorgan will hold its first quarter 2014 financial results conference call.

Public online broker IG – a trading name of IG Markets Limited -Chief Market Strategist Brenda Kelly had this to say about the today’s call, “JPMorgan Chase will release first-quarter results on Friday at midday and hope to build on that January performance. The intention to pay a dividend of $1.60 per share, providing a yield to 2.7% and a premium over and above that of the broader market should sit well with investors. Earnings per share (EPS) of $1.37 are now expected, with revenue of $24.48 billion and adjusted net income of $5.44 billion. Any beating of the expectations could well see the stock in demand and see the price head northwards through the $61.80 mark.”

In addition, as a large number of public company’s in the US are set to release Q1 earnings, IG today announced extended trading hours for a number of its single-stock CFDs.  Mrs. Kelly commented,“this is a busy time for traders with the US reporting season upon us. Most in focus will be the banking and technology sector. Investors have fretted over the turmoil in emerging markets, the crisis in Ukraine and of course the reduction in Federal Reserve stimulus. The US banks will clearly have seen some issues arising from the decline in emerging economies and the decline in capital markets and trade volumes may well affect revenues. 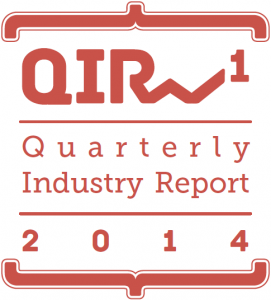 Forex Magnates also just published its Quarterly Industry Report (QIR) for the first quarter of 2014, which detailed research about Forex brokers going public, such as reviewing the costs of becoming a publicly traded company with the trend of FX firms launching IPOs as well as other relevant information tied to current and future developments. This report is available for purchase on ForexMagnates.com.

Plus500 Shares Just Off Record High From Yesterday

Today, shares of Plus500 are slightly off yesterday’s all time record, but unless a ceiling has been reached, a higher-high could follow especially as due diligence that must have been vetted by JPMorgan Chase & Co as part of its investment into the company could be indicative of wise money to follow – although knowing an investor’s time horizon is also important, yet in this case it didn’t stop them from buying near the new record-high, apparently. Thus while traders may look to buy low and sell high- as the cliche term implies, that opposite view expects a reversal will occur, whereas buying near a new high could precede a trend continuation -and more common for trend-followers.