Despite the decline in DARTs over a monthly and yearly interval, the equity balance in customers’ accounts during October 2015 totaled $66.5 billion, representing an increase of 7.1% MoM from $62.1 billion in September 2015. In addition, Interactive Brokers bested its 2014 equivalent, having notched a gain of 19.4% YoY from just $55.7 billion in October 2014.

Finally, average commissions per cleared customer order totaled $3.70 including exchange, clearing and regulatory fees, with the key products metrics coming out at $1.98 for stocks, $6.06 for equity options and $6.30 for futures orders. 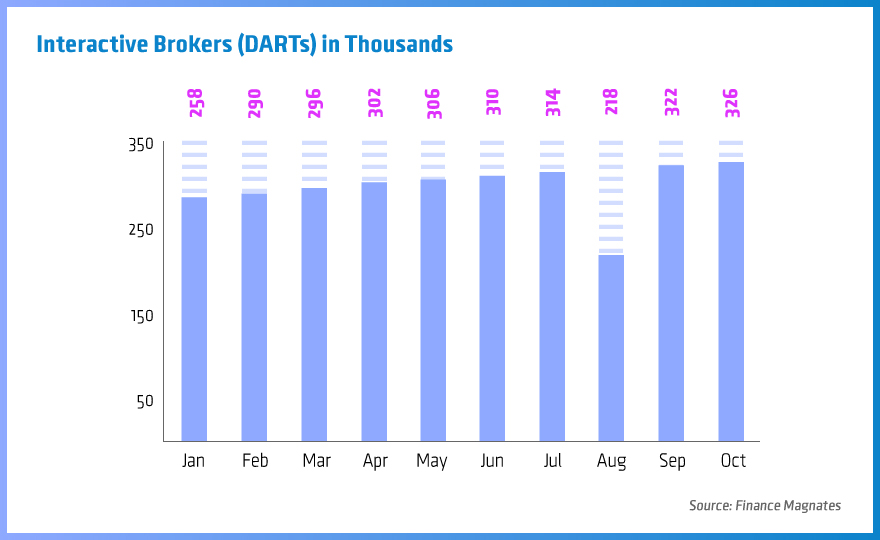 At the time of writing (Monday), Interactive Brokers is trading in positive territory, having settled at $42.31 during US trading, up 2.84% on the recent metrics release.